Earlier this year Saudi Arabia quietly released a tender for two full size light water design nuclear reactors.  The inquiry was sent to South Korea, France, China and Russia. The process of acquiring two reactors is a down sized effort from an ambitious goal set in 2014 to build 16 1000 MWe units. 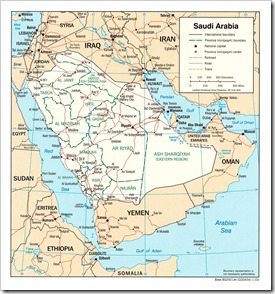 According to industry sources, the Saudi government sent the solicitation to South Korea because the latter has successfully built the Barakah Nuclear Power Plant in the United Arab Emirates.

Another reason for the Saudis to go with South Korea is that the experienced skilled trades that are building the four units in the UAE will be available as the UAE units will be completed in the next two to three years. This experience is invaluable and could shave costs of construction since the contractors and their workers would have already built these types of units.

All this background came to a head this week as Crown Prince Mohammed bin Salman Al Saud, the kingdom’s prime minister, aka MBS, visited South Korea this week. During the visit he signed MOUs for multiple civil infrastructure projects. For example,
Aramco will invest $7 billion in a petrochemical “steam cracker” in the east Asian country. The investment, which is named the Shaheen project, is Aramco’s largest-ever in South Korea. The project will be located at an existing site belonging to the South Korean energy company S-Oil.

However,  according to an English language news media report in the Korea Times, he did not sign off on a pending nuclear reactor deal for two full size commercial nuclear reactors.   The reason may be there are a couple of unresolved issues related to South Korea’s light water reactor design –  the APR1400. 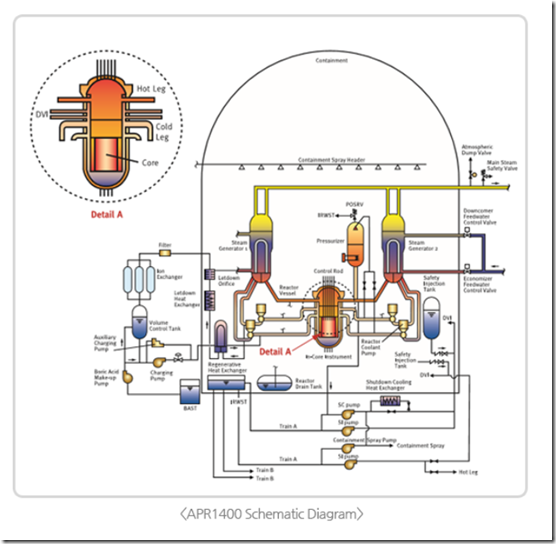 While South Korea claims that it has full intellectual property rights to its reactor design, the APR1400 MW PWR, Westinghouse sued KHNP in US District Court that it still has rights to some of the engineering design information from the legacy System 80 reactor that was licensed by KHNP to build four of its PWRs for the United Arab Emirates. Since then KHNP claims its design has been updated to remove the engineering design elements previously licensed from Westinghouse.

The other issue, which is unrelated to the Westinghouse content, is that South Korea agreed with the US on compliance with IAEA nuclear safeguards which it is now obliged to conform to for any exports of the APR1400. In principle, countries doing business with South Korea would also have to sign off on the IAEA requirements for the order to go through.

The specific requirement is “ROK will adopt a common policy with the United States to require recipient countries have an IAEA safeguard agreement Additional Protocol in place as a condition of supply of nuclear power plants.”

However, Saudi Arabia has not signed off on the relevant IAEA  protocols for nonproliferation and has resisted calls for it to do so. This could put South Korea in a bind unless the US State Department issues a waiver for the South Korea deal with Saudi Arabia to go through.  It is unclear at this time, given the sour nature of relations between the US and Saudi Arabia, what the Biden administration will do, within the context of existing law and international agreements, assuming it is even paying attention to these developments.

At stake is the question of what Saud Arabia will do if it is denied its apparent first choice for South Korea. The limited options are Rosatom or one of the Chinese state owned enterprises in the nuclear reactor space.

Either option isn’t good for the US. Such a decision would position either to build 14 more reactors for Saudi Arabia assuming the winner of the deal for two reactors doesn’t eat the inevitable schedule delays and cost overrun for the next 14 units that will be associated with the project.

The nuclear deal, if won by either Russia or China, would give either nation a 60-80 year franchise for 16 nuclear reactors as well as the franchise to supply fuel to them in a country which will likely remain on top of the global oil market for the rest of this century.

With Iran moving ahead, absent an international nuclear deal to constrain its efforts, to add new uranium centrifuges and make more enriched uranium (20% U235), Saudi Arabia sees Tehran’s plans for a full blown nuclear weapons program as being on a fast track. In response, it has taken several preliminary steps towards its own nuclear deterrence efforts.

China has already committed to help Saudi Arabia build a hard rock uranium mill to turn ore from Saudi Arabia’s significant domestic uranium resources into yellowcake, which is the first step in uranium enrichment for the commercial nuclear fuel cycle. However, it is also the first step in uranium to levels that can be used to make nuclear weapons.

While Saudi Arabia may be on a path of deterrence relative to Iran’s nuclear program, it seems problematic that Saudi Arabia would get help from either Russia or China to pursue nuclear weapons. The last thing Russia and China want, as members of the exclusive nuclear weapons club, is another member. China has enough headaches as it is with North Korea.

On the other hand, there are credible doubts about the ability of either Russia or China to control the Saudi’s taking the path forward from HEU to a weapon or for extraction of PU-239 from spent fuel for the same purpose. Saudi Arabia can get all expertise it needs from Pakistan about uranium enrichment and nuclear weapons.

Overall, if the US government has any horse sense about these developments, it will do whatever it can, within existing law and international agreements, to keep Russia and China from getting the Saudi nuclear deal and insure South Korea wins the business with no extra baggage. A first step in the right direction would be to offer to mediate the current intellectual property issue raised by Westinghouse and avoid the protracted delays and costs of litigation.

This site uses Akismet to reduce spam. Learn how your comment data is processed.