Ontario Power Generation (OPG) announced this week it will work with GE Hitachi (GEH)Nuclear Energy to deploy a Small Modular Reactor (SMR) at the Darlington new nuclear site, the only site in Canada currently licensed for a new nuclear build.

Leveraging a strong Ontario-based supply chain, this clean energy project will create jobs across the province and cement Durham Region’s position as the clean energy capital of Ontario.

OPG and GE Hitachi will collaborate on the SMR engineering, design, planning, preparing the licensing and permitting materials, and performing site preparation activities, with the mutual goal of constructing Canada’s first commercial, grid-scale SMR, projected to be completed as early as 2028.

According to the NHK news wire, GEH plans to construct up to four 300 MWe small module reactors and aims to complete one of them by 2028 at the earliest. If built out to this level, the project at $4,000/Kw, would have an estimated cost at completion of all four units of $4.8 billion.

Site preparation will begin in the spring of 2022, pending appropriate approvals. This work will include installation of the necessary construction services. OPG’s goal is to apply to the Canadian Nuclear Safety Commission (CNSC) for a License to Construct the SMR by the end of 2022.

The BWRX-300 is a 300 MWe water-cooled, natural circulation SMR with passive safety systems that leverages the design and licensing basis of GEH’s full size (1500 MWe) ESBWR boiling water reactor, which has been certified by the US Nuclear Regulatory Commission. The BWRX-300 is currently undergoing a Canadian Nuclear Safety Commission pre-licensing Vendor Design Review (VDR).

The BWRX-300 can be constructed in 24-36 months utilizing modular and open-top construction techniques proven in Japan. The BWRX-300 power plant is approximately 10% of the size and complexity of a large nuclear project; thereby, substantially reducing project risk and total capital cost requirements.

The BWRX-300 is designed to provide clean, flexible and dispatchable electricity generation that is competitively priced and has the life cycle costs of typical natural gas combined cycle plants targeting $2,250/kW for NOAK (nth of a kind) implementations. In addition to supplying electricity to the grid, the BWRX-300 has the capability to supply electricity and/or steam for process heat applications, district heating and hydrogen production. (BWRX-300 Fact Sheet)

A 2020 study by the Conference Board of Canada found that a 300 MWe grid-scale SMR built in Ontario and operated for 60 years would create thousands of direct and indirect jobs from project development through to decommissioning.

An independent report by PwC Canada, commissioned by GEH, has estimated that the construction and operation of the first BWRX-300 in Ontario will generate CAD2.3 billion (USD1.8 billion) in GDP, CAD1.9 billion in labor income and more than CAD750 million in federal, provincial and municipal tax revenue over its lifespan.

Cameco, GE Hitachi, and Synthos Green Energy Set Plans to Build and Fuel a Fleet of SMRs in Poland

Synthos, a manufacturer of synthetic rubber and one of the biggest producers of chemical raw materials in Poland, is interested in obtaining affordable, on-demand, carbon-free electricity from a dependable, dedicated source.

In 2019 SGE and GEH agreed to collaborate on potential deployment applications for the BWRX-300 in Poland. SGE and GEH signed a strategic agreement in 2020 that further advanced the cooperation.

Cameco supplies uranium, uranium refining and conversion services to the nuclear industry worldwide. In July 2021, Cameco, GEH and Global Nuclear Fuel-Americas (GNF-A) agreed to explore several areas of cooperation to advance the commercialization and deployment of BWRX-300 SMRs in Canada and around the world. 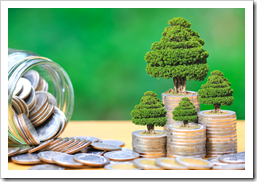 Bruce Power announced the issuance of $500 million in Green Bonds, which is a global first for nuclear power and a recognition of the critical role the technology plays in fighting climate change and enabling a Net Zero future.

“One of the largest greenhouse gas emission reduction initiatives in the world was the phase-out of coal-fired electricity in Ontario, and Bruce Power was at the heart of making this a reality by providing 70 per cent of the energy the province needed to achieve this goal.”

The historic milestone of the first nuclear Green Bond was made possible by Bruce Power’s track record of delivering emission reduction projects and its leadership in environmental stewardship, which includes coal phase-out, its commitment to be Net Zero by 2027 in support of a Net Zero Canada by 2050, and the launch of Bruce Power Net Zero Inc.

Bruce Power has done all this while progressing one of Canada’s largest infrastructure renewal projects with its decades-long Life-Extension Program, as well as supporting many other environmental and sustainability initiatives across the province.

The proceeds from this historic Green Bond offering will be used or allocated in accordance with Bruce Power’s Green Financing Framework to finance or re-finance eligible investments associated with life extension and increasing output of existing units both of which contribute to Canada’s prosperous, clean energy future, and advance its climate change objectives.

Canada’s CANDU Energy, part of the SNC-Lavalin Group, on November 25th won a 12-month, $8.4 million contract from Romanian firm, EnergoNuclear SA, to provide engineering services to advanced the completion of units 3&4 at the Cernavoda in Romania. The reactors are CANDU 6 type designs.

“The potential to develop two new build nuclear reactors demonstrates that the Romanian government, along with several other of our public sector clients around the world, recognize that safe, reliable, affordable, low-carbon nuclear energy is how we will combat and ultimately, win the battle against climate change,’’ said Ian Edwards, president and CEO of SNC-Lavalin. 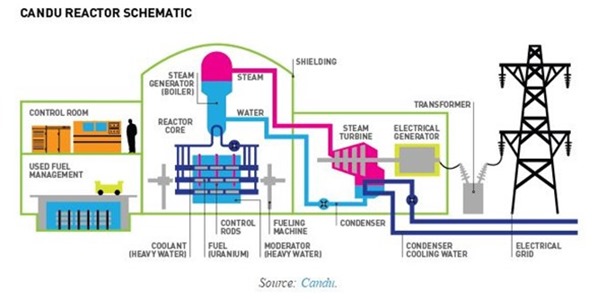 The Cernavoda 3&4 project aims to complete two CANDU 6 reactors. Nuclearelectrica is already working with CANDU Energy on extending the operational life of Cernavoda 1 until 2026 when it would undergo a full refurbishment, as well as on completion of units 3&4

Under the contract, CANDU Energy will provide engineering services for the development and updating of documentation necessary for the start of the project (including updating basic licensing documents, updating nuclear safety guidelines, updating the list of project changes with nuclear safety functions, etc)..

Dan Yurman ~ For breaking nuclear news follow me on Twitter @djysrv or https://www.twitter.com/djysrv ~ About this blog and disclaimers for NeutronBytes ~ ~ https://neutronbytes.com/2014/08/31/welcome-post/ Contact Me ~ neutronbytes [at] gmail [dot] com ~ Text via Signal 216-218-3823 ~ I am NOT active on Facebook, Reddit or Instagram. Attempt no landings there. ** Header Image Credit: http://apod.nasa.gov/apod/ap110904.html ~ ** Emails sent by readers about blog posts are considered to be comments for publication unless otherwise noted. ** The content of this blog is protected by copyright laws of the U.S. "Fair use" provisions apply. The RSS feed is for personal use only unless otherwise explicitly granted.
View all posts by djysrv →
This entry was posted in Nuclear. Bookmark the permalink.
%d bloggers like this: