Neutron Bytes is taking a week off for the Labor Day holiday. 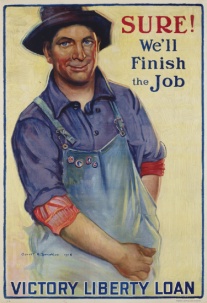 In the last decade of the 19th century, Americans toiled 12 hours a day, seven days a week, often in physically demanding, low-paying jobs. Child labor at a scale which is unfathomable today took place on farms and in factories and mines. Conditions were often harsh and unsafe resulting in uncompensated injuries and deaths.

Labor Day was created as an official U.S. holiday in 1894 by then President Grover Cleveland. The strike at the Pullman Railroad Car company was the impetus for the change. The labor unrest was sparked when firm lowered wages without changing the rents in company owned housing.

“When angry workers complained, the owner, George Pullman, had them fired. They decided to strike, and other workers for the American Railway Union, led by the firebrand activist Eugene V. Debs, joined the action. They refused to handle Pullman cars, bringing freight and passenger traffic to a halt around Chicago. Tens of thousands of workers walked off the job, wildcat strikes broke out, and angry crowds were met with gun fire from the authorities.”

By the 1930s, the U.S. had the largest and strongest labor movement in the world. It led to an eight hour day, paid vacation and sick leave, and other employer paid benefits we take for granted today. Labor union power continued to grow and led to the prosperity of the American middle class that characterized the 1950s and 60s.

However, as American manufacturing firms outsourced their production to Asian countries, and globalization, with its race to the bottom for cheap labor, became a dominant economic force, the result in the U.S. was that the labor movement suffered a steep decline in membership and bargaining power.

U.S. Labor Movement Has Faded but the Holiday Lives On

Labor Day in the second decade of the 21st century is a fading echo of the era that created the holiday. It is now seen as a cultural milestone for the end of summer, the start of school, and the initiation of seemingly endless rounds of baseballs’s division and league playoffs. The National Football League’s season kicks off around Labor Day  as does Big 10 college Football.

Across America millions of us will fire up the BBQ for one last cookout and a chance to kick back with some grilled food and a cold brew. Beaches will fold up their umbrellas and the college kids who staffed the fast food industries’ resort based franchises will head back to school.

Way out west the crowds will thin out in places like Yellowstone National Park. Where once the cries of children in RVs and campers filled the air, but now it is so quiet that you can hear the sound of the wind as it passes through the feathers of a raven as it flies through an empty parking lot looking for the tidbits left behind by the now departed tourists.

That’s what used to happen. Not any more, and perhaps it won’t happen again for a while. In the COVID19 era, according to several estimates, at least 40 million people, and perhaps more than 50 million, have filed for unemployment insurance. That’s about one-third of the total U.S. labor force which is estimated to be about 160 million people. Many of these people have also lost their health insurance and other elements of the so-called “safety net.”

Congress has stalled out in a partisan standoff on doing anything to stem the oncoming tidal wave of destitution and all of its hardships that will afflict tens of millions of Americans in the coming months. Our elected leaders are wrapped around their fantasies of self interest and they are tragically disconnected from the realities of daily life for people who have lost their livelihoods.

There is an election coming up in November. You might want to let your elected representatives know that your vote matters.

By registering to vote, and by showing up in person at the polls or voting by mail, you will send a message that you will support the candidates who will take concrete positive steps to turn the situation around.

Don’t sit this one out.

2 Responses to Thoughts on Labor Day 2020