The Financial Times of London reported on 8/15/20 (firewall) that Japan’s Hitachi is in serious talks with the UK government to restart work on the Wylfa nuclear plant to be located in north Wales. The project, if built, would consist of two 1350 MW ABWRs. Horizon Nuclear Power, the UK based subsidiary of Hitachi, is also the potential developer and EPC for two similar units at the Oldbury site in Gloucestershire.

According to the Financial Times, Hitachi has been holding “detailed conversations” with the government. The firm has reportedly promised to “quickly mobilize” the effort at Wylfa if the government will approve a new financing method for the project which has a projected cost in the range of $18-20 billion or about $6,700-7,400/Kw. The ABWR design completed the UK generic design review (GDR) in December 2017.

Hitachi walked away from the project in early 2019 due to skyrocketing costs and a lack of a firm government commitment to reduce the company’s financial risks. At the time the UK government offered a one-third equity stake, or about $6 billion, but told Horizon that it would have to finance the rest with debt and would be responsible for any cost overruns.

Hitachi’s apparent renewed interest in the project is a response to the government’s efforts to apply a financing method to nuclear energy projects called “regulated asset base (RAB).” The funding model allows the utility building the reactors to bill customers up front via their ongoing energy bills. Additional measures sought by Hitachi under the RAB include rate guarantees once the plant is in revenue service.

According to the Financial Times, an alternative to the RAB would have the government take the majority stake in this site, and other nuclear energy projects, with Hitachi serving as the vendor of the reactors and EPC at Wylfa and Oldbury.

Josh Buckland, a former aide to the UK energy ministry, told the newspaper, “the government will want to create a viable [financial] model. That that means developers will put up some money and take some risk.”

According to the Financial Times the deadline for a financial decision is December 2020. Horizon says it is out of money by then if no deal emerged from the current round of government talks.

In a press statement X-energy said it has initiated a Vendor Design Review (VDR) for its Xe-100 small modular reactor design with the Canadian Nuclear Safety Commission (CNSC). The consultancy Kinetrics will lead X-energy’s Canadian regulatory affairs and licensing efforts.

The regulatory review will demonstrate X-energy’s understanding of Canadian requirements and confirm there are no fundamental licensing barriers for the Xe-100 in Canada. The process will also provide the company early feedback to further strengthen its design. The VDR is a combined Phase 1 and Phase 2 review.

In preparing to site the advanced nuclear technology reactors in Canada, with partners across the Canadian supply chain, X-energy says it has found the “ideal environment” to develop and deploy the 75 MWe reactor, scalable to a 300 MWe in a four-unit plant. (technical briefing – PDF file)

X-Energy said in its press statement that the reactor design builds on decades of high-temperature gas reactor operation and R&D.

“The combination of Canada’s progressive, risk-informed regulatory framework and its well-established supply chain make Canada an ideal place to site X-energy’s first reactor and to create partnerships for a world-class SMR export program.”

The VDR is not the full safety review for a license, but it is an important and useful precursor to it which when successful leaders to a more efficient licensing process.

The pre-licensing VDR is offered by CNSC as an optional service to assess a nuclear power plant design based on a vendor’s reactor technology. It is not a required part of the licensing process for a new nuclear power plant. It aims to verify the acceptability of a design with respect to Canadian nuclear regulatory requirements and expectations.

The three phases of the VDR process involve:

According to the website of the NRC, X-Energy began pre-licensing discussions NRC Docket # 99902017 in July 2019 with the submission of a regulatory engagement plan ML19177A399. The firm’s engagement with the agency is ongoing, but many documents submitted, including some as recently as this past July, are tagged as containing proprietary information and are not available for public review. This is a common practice at this stage of engagement with the agency.

In November 2019 Global Nuclear Fuel and X-energy announced that they had signed a teaming agreement for the purpose of developing High-Assay Low-Enriched Uranium (HALEU) TRISO fuel to potentially supply the U.S. Department of Defense for micro-reactors and NASA for its nuclear thermal propulsion requirements.

“The extremely high and unnecessary cost of working with HALEU in a Category I NRC facility has, in the past, limited TRISO’s economic viability in the marketplace. Utilizing X-energy’s already operational state-of-the-art equipment in GNF’s licensed facility changes the dynamic for TRISO-fueled reactor deployment.”

“Combining X-energy’s technical knowledge and experience as the only current producer of TRISO fuel and GNF’s licensed operating facility and half century of commercial fuel experience and leadership make this a formidable team.”

The Xe-100 is a 200 MWt (75 MWe) reactor, which X-energy envisages being built as a standard “four-pack” plant generating about 300 MWe. The plant will use TRISO fuel ‘pebbles’ as fuel. Each Triso particle has a kernel of uranium oxycarbide (also known as UCO) enriched to 10% uranium-235, encased in carbon and ceramic layers which prevent the release of radioactivity. The layers provide each particle with its own independent containment system, while the graphite surrounding the particles moderates the nuclear reaction. Such fuel cannot melt down.

(NucNet) The Canadian province of Alberta is joining three other provinces to support the advancement and deployment of nuclear energy through small modular reactors (SMRs).

The province’s premier Jason Kenney announced that his United Conservative government will sign on to a December 2019 memorandum of understanding with Ontario, Saskatchewan and New Brunswick.

“This will help Alberta stay at the forefront of the latest development in SMR technology, and ensures that we have the appropriate regulatory framework in place, should private industry decide to pursue it in the future.”

After signing the original MoU the three provinces said they wanted to work together on the development and deployment of “innovative, versatile and scalable” SMRs that will “unlock economic potential across Canada, including rural and remote regions”.

The association’s president, John Gorman, said, “The potential to harness clean electricity and heat to further accelerate emission reductions could be highly impactful to the Albertan and Canadian economies – and to our ability to achieve net zero by 2050,” said .

In November 2019 Saskatchewan announced it had included the development of SMR technology in its 2030 growth strategy. It said SMRs could provide utility SaskPower with the ability to generate up to 80% of the province’s electricity through zero-emission sources when combined with renewable power sources. 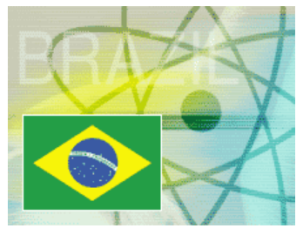 A financing deal to finish works is expected for mid-2021, while contract signing for engineering, procurement and construction (EPC) is scheduled for December 2021, with construction due to start by March 2022. The plant would be complete and ready to enter revenue service in Fall 2026.

The plant is owned by subsidiary Eletronuclear. The government is also structuring an operation to maintain control of the firm after Eletrobras’ privatization. This arrangement could include partnerships with private firms to conclude the nuclear unit.

Work on the 1400MW plant has been going on for 35 years but it is just 62% complete. Activities were interrupted in 2015 when corruption allegations emerged amid the massive Lava Jato corruption investigation. Eletrobras expects to invest (US$2.5 billion) to complete the plant.

“We are establishing an independent compliance program to monitor contracts. We have the utmost care to resume works with safety,” CEO Ferreira Júnior said.

Separately, the government is pursuing the privatization of Electrobras which will put it on a commercial footing.

China National Nuclear Corporation (CNNC) announced the demonstration project in July 2019. According to World Nuclear News, The ACP100 integrated pressurized water reactor (PWR) design has been under development since 2010. Its preliminary design was completed in 2014.

It is a multi-purpose reactor designed for electricity production, heating, steam production or seawater desalination. In 2016, the design became the first SMR to pass a safety review by the International Atomic Energy Agency.

The ACP100 is developed from the larger ACP1000 PWR. The design, which has 57 fuel assemblies and integral steam generators, incorporates passive safety features. The major components of its primary coolant circuit are installed within the reactor pressure vessel. It features a modular high-efficiency DC steam generator, a control rod drive mechanism, a high-temperature coil, and a static rod power supply.

The demonstration ACP100 plant will be located on the north-west side of the existing Changjiang nuclear power plant, according to a March 2019 announcement from China’s Ministry of Environment. The site is already home to two operating CNP600 PWRs, with two Hualong One units also planned for construction.

China announced plans to build a demonstration floating nuclear power plant based on the ACP100S variant of the CNNC design.

“This award is a cost-shared cooperative agreement, which allows us to work hand-in-hand with nuclear industry.”

This is the ninth round of funding provided through this innovative FOA. DOE announced previous funding awards in 2018, 2019, and 2020. Subsequent application reviews and selection processes will be conducted through December 2022, as supported by Congressional appropriations.