OAK RIDGE, TN – A software package, 10 years in the making, that can predict the behavior of nuclear reactors’ cores with stunning accuracy has been licensed commercially for the first time.

The nonprofit Electric Power Research Institute (EPRI) is the first organization to hold a commercial license for the Virtual Environment for Reactor Applications, or VERA, a set of tools developed by the U.S. Department of Energy’s Consortium for the Advanced Simulation of Light Water Reactors (CASL).

“EPRI, one of our core CASL industry partners, now has the right to use VERA to perform services for its member utilities,” said Dave Kropaczek, CASL director. 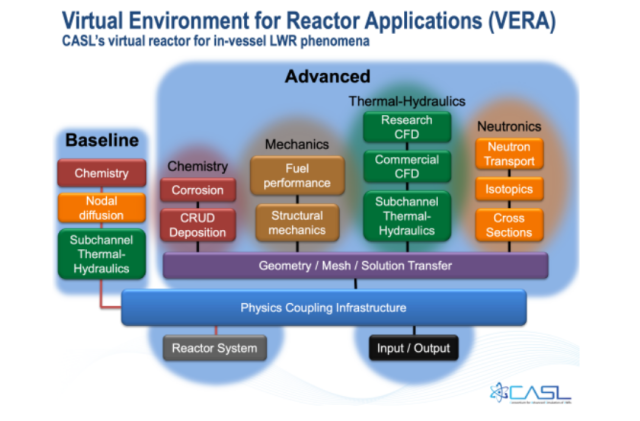 CASL is a partnership of the DOE national laboratories, universities and nuclear industry companies working together to find solutions to specific challenges of efficiently operating nuclear reactors. Based at Oak Ridge National Laboratory and established in 2010, CASL was the first DOE Energy Innovation Hub.

The VERA software suite is a collection of interfacing codes that can simulate reactor core behavior from the large-scale down to the molecular scale.

“By licensing VERA to EPRI, CASL is delivering a first step in handing its work off to industry,” Kropaczek said. 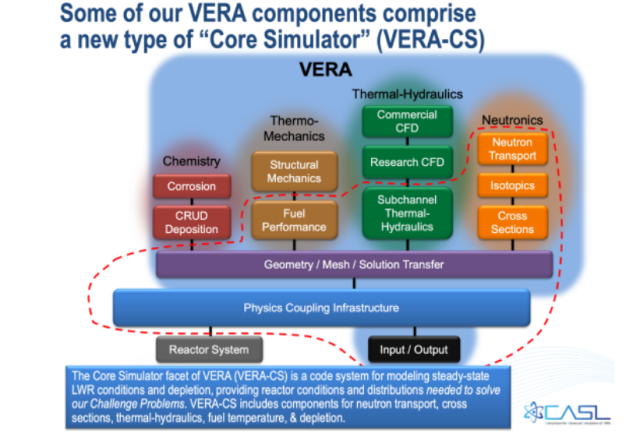 As the 10-year CASL project winds down this spring, the program has established the VERA Users Group, which provides training, ongoing support and access to DOE’s high-performance computing resources to perform large-scale simulations.

VERA provides advanced modeling and simulation capabilities to help address several challenges, leading to improved performance and longer lifetimes for the current reactor fleet. These include predictions of departure from nucleate boiling; growth of corrosion deposits on fuel rods; stress caused by pellet expansion; and performance of reactor parts when exposed to high temperatures and radiation.

Last year, CASL brought the VERA software suite up to Nuclear Quality Assurance-1 level in preparation for widespread industry use. The NQA-1 rating, the gold standard for the nuclear industry, signifies extensive efforts in the areas of procedures, training and software control.

Argonne National Laboratory is integrating decades of knowledge with the latest artificial intelligence (AI) methods and tools. Doing so can help researchers better understand the mechanics that govern nuclear reactors, which reactor designers and analysts can use to improve their design, operation and safety.

They are exploring behavior that includes the mixing and flow of coolants as well as thermal stratification, which describes the changes in temperature that emerge within liquids held in large vessels generally under low-flow conditions.

These processes can be difficult to accurately predict without significant computational burden. But they can heavily affect reactor safety and performance.

For example, when temperatures vary across layers of liquid within a pool, that condition can lead to thermal fatigue, a process that can degrade components in a reactor. This shortens the overall lifetime of the component or reactor as a whole. It could also weaken the safety features of certain kinds of advanced reactors. With methods to explore these phenomena, researchers can create a framework for more rapid and comprehensive design and analysis of these issues.

Argonne researchers are investigating ways of using machine learning to more quickly measure uncertainty, which reveals how confident they can be in their predictions.

“Predictive simulations all have some amount of uncertainty, which are features, or characteristics that we don’t know exactly,” Brunett said.

“Examples could include the material properties of manufactured components, such as thickness, emissivity (how much heat surfaces emit), or some other physical phenomena. It’s our responsibility to understand what those uncertainties are, which is typically a very arduous process.”

The process takes time because it typically requires hundreds to thousands of repeated analyses, and in some cases, several high-fidelity simulations, which carry a high computational burden. Brunett and others are exploring ways to create and use machine learning models to make this analysis more efficient and reduce the total time required to quantify uncertainty and optimize design.

With machine learning, scientists are analyzing large volumes of computational data and identifying the key components which describe the fundamental behavior of a system.

For example, the behavior of an advanced reactor was characterized using millions of data points. But with this new method, the system can instead be represented by a few thousand data points. Characterizing the system’s response with these methods can reduce the total analysis time while still directly quantifying uncertainties.

Nuclear experts have traditionally used theory and observation to create models of nuclear processes and run high fidelity simulations with them. They would then compare simulation results against real-world observations, adapt their model accordingly and run simulations all over again, until their model could accurately predict real-world behavior.

Using machine learning instead, researchers can create relatively accurate models much faster. Unlike the traditional approach, machine learning tools can, with relatively high accuracy, predict behavior of safety-critical features, phenomena, or trends that may have otherwise been omitted by the analyst.

“High fidelity simulations help us to calculate the micro-details of different nuclear phenomena and then generate the training data to develop machine learning models,” Brunett said.

“Those models can then accurately estimate parameters that define these micro-details, such as mass and energy transport.”

After developing these models, Brunett and others will integrate them directly into Argonne-developed advanced reactor safety analysis tools for further testing. Machine learning models may replace existing models built within system code today, which would improve the predictive capabilities of the software and/or address known limitations within the software. With these tools, researchers can continue to improve the design and safety of next-generation technologies, advancing nuclear energy in the U.S.

(WNN) The International Atomic Energy Agency (IAEA) is launching a three-year Coordinated Research Project focused on the economics of small modular reactors (SMRs). The project will provide Member States with an economic appraisal framework for the development and deployment of such reactors. 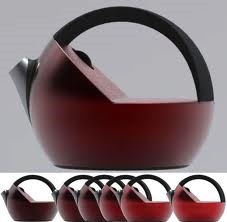 The IAEA said it had launched the project in response to increased interest in SMRs, noting that multiple SMR projects are currently under development (involving about 50 designs and concepts) and at varying technology readiness levels.

Their costs and delivery times need to be adequately estimated, analysed and optimized if these designs are to be successful in the global marketplace.

Specific business models have to be developed to address the market’s needs and expectations. The market itself should be large enough to sustain demand for components and industrial support services.

Participants in the research project will cover:

The framework they establish will be applied, in particular, to assess the economics of multiples (serial production of reactors in a factory setting), factory fabrication (conditions to be met for a factory to exist), and supply chain localisation (opportunities and impacts).

The deadline for proposals to participate in the research project is April 30, 2020.

Dan Yurman ~ For breaking nuclear news follow me on Twitter @djysrv or https://www.twitter.com/djysrv ~ About this blog and disclaimers for NeutronBytes Blog ~ https://neutronbytes.com/2014/08/31/welcome-post/ ~ Email me: neutronbytes [at] gmail [dot] com ~ Mobile via Google Voice 216-369-7194 ~ I am not active on Facebook. ~ Header Image Credit: http://apod.nasa.gov/apod/ap110904.html ~ ** Emails sent by readers about blog posts are considered to be comments for publication unless otherwise noted. ** The content of this blog is protected by copyright laws of the U.S. "Fair use" provisions apply. The RSS feed is for personal use only unless otherwise explicitly granted.
View all posts by djysrv →
This entry was posted in Nuclear. Bookmark the permalink.
Loading Comments...
Comment
×
%d bloggers like this: