TerraPower CEO Interview: How the Firm has Transformed Itself into a Nuclear Science Innovation Hub

In just a few years TerraPower has transformed itself from developing a single advanced reactor design to become a dynamic hub of innovation in multiple areas of nuclear science. It’s part of a drive to be a thought leader for the industry and to demonstrate that the technologies it is working on will have a commercial future. 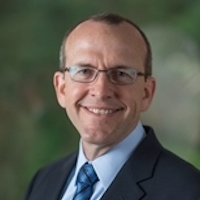 CEO Chris Levesque told NeutronBytes in a telephone interview on 12/4/19 that when the company started to develop a clean energy source 12 years ago its goal was to bring electrical power to the world.

Since then in addition to continuing to work on the Traveling Wave Reactor (TWR), the firm also has a more recent and robust effort, in cooperation with multiple U.S. partners, to develop a molten chloride salt reactor (MCFR).

More recently it has added to its portfolio projects to manufacture medical isotopes, develop process heat applications to make carbon fiber, and deploy modeling software for use in designing advanced nuclear reactors.

Two main focus areas for TerraPower center on decarbonization of the electrical generation indusry and on methods to generate and use process heat. TerraPower plans to produce commercial results in both areas.

“We are working on a concept of an energy architecture for the U.S. which which includes both focus areas. TerraPower wants to be a thought leader working with U.S. national labs,” Levesque said.

Levesque harnesses a powerful metaphor to explain the transformational approach developed by the firm.

He said that nuclear reactors can be the successors to our current industrial fire breathing systems. Levesque said that we need to use nuclear heat to replace the energy we get from fossil fuels, such as coal and natural gas, which is used in the processes that make steel and concrete.

“We need to reframe our view of what we do with reactors from being merely nuclear steam supply systems to becoming nuclear heat supply systems.”

Process Heat Is a Product

High on the list of things TerraPower is now doing to bring that concept to life is that it is developing methods of using process heat to produce high tech carbon materials from ordinary coal. (Press Release)

Carbon fiber produced by this method have unique properties making the material ideal for applications ranging from aerospace to automobiles to sporting goods. Carbon fiber parts are lighter and stronger than their metal counterparts. For instance, carbon fiber is used in aircraft components where its superior strength to weight ratio far exceeds that of metals like steel and aluminum used to fabricate similar parts.

In related work testing is taking place in the TerraPower lab working on alloys and materials that can withstand the intense heat and radiation that occur inside an advanced nuclear reactor.

The challenges are daunting. The temperature inside a light water reactor reach about 300C, but in the TWR the heat will go up to 500C, and in the MCFR could be as high as 700C.

Spinoffs from the R&D work in this area include building materials and manufacturing methods. TerraPower is also exploring using molten salt as a thermal storage mechanism.

The Future of the Traveling Wave Reactor

In 2018 the U.S. government shut down TerraPower’s working relationships in China driven by a mix of concerns over trade politics and nonproliferation issues.

Levesque says that some people had thought that the federal government’s decision to end TerraPower’s working relationships in China would also be the end of the TWR project. Not so says Levesque despite the considerable loss of project momentum caused by the government’s action.

“In China we had a partnership with our counterparts developing the technology and with the regulatory agencies. We were on a schedule that would produce a demonstration reactor within an eight year timeframe.”

The firm is bouncing back Levesaque says.

“We are now in intensive discussions to re-create the demonstration effort for the TWR here in the U.S.”

Although Levesque did not provide a timeframe or roadmap with specific milestones to achieve that outcome, he does have a vision of where the company wants to go.

“Our first unit will be a 300 MWe demonstration unit built with the support of public/private partnerships. Our intent is to demonstrate that the technology works. To that end we are working on securing a commitment to build it at a DOE national laboratory so that it is licensed by the agency as a research reactor.”

Leveaque makes the point that a GEN IV safety analysis is fundamentally different than one for light water reactors. His expectation is that the U.S. Nuclear Regulatory Commission will learn from the experience of observing how DOE licenses the demonstration projects and use that knowledge to speed up the safety design reviews of all types of GEN IV reactor designs.

Legislation is Helpful, but More Effort Is Needed

Another confidence builder for the firm is that Levesque likes what he sees coming out of Congress.

“Our big message to Congress is that we like the legislation which has been enacted so far and the new initiatives that are coming forward. We urge Congress to continue to support advanced nuclear energy technology development with a strong sense of urgency.”

Global Competition Shows U.S. has Work to Do

But there are also challenges ahead coming from nations that have invested more robustly than the U.S. in advanced nuclear energy technologies. Where as Congress has appropriated funding for projects in the range of millions of dollars, other nations have pushed forward in key nuclear technology areas with funding levels in the billions.

For instance, in 2018, China announced a two decade long program to spend the equivalent of $3 billion on various designs of molten salt reactors. Just this week it was announced that Siberian Chemical Combine (SCC) has awarded a RUB26.3 billion (USD$412 million) contract to Titan-2 for the construction and installation works for the BREST-OD-300 lead-cooled fast neutron reactor facility at its site in Seversk, Russia.

Levesque doesn’t mince words when he looks at the global competition.

“If we don’t do it, others will. Nations like the Canada, the U.K., and Japan are already making these kinds of investments. Russian and China are way ahead and we have a lot of work to do to catch up.”

In response to the fact that TerraPower lost its partnership with China, in part due to nonproliferation concerns by the U.S. government, Levesque says that TWR is “proliferation resistant” and he hopes for a “rational policy” from the government so that the firm can seek export sales.

Also, he notes that even as the firm develops a U.S. based demonstration project, it is looking globally because the project to build the first of a kind unit, and commercial versions to follow, will have an international supply chain. He adds that Congress and the federal government need to open domestic and international commercialization pathways for developers of advanced nuclear reactor designs.

MCFR Project is Moving Along Quickly

With regard to the MCFR, Levesque says that the firm knows that molten salt reactors can be built. Oak Ridge did so in the 50s and 60s. TerraPower is working with a number of partners on it. They include the Southern Company, Oak Ridge National Laboratory, the Electric Power Research Institute and Vanderbilt University. The project is funded by a 2016 $60M grant from DOE.

One of the firm’s focus areas right now is to build test loops for the MCFR. The Integrated Effects Test Loop for Molten Salt will have a 2nd quarter 2020 start with completion by the end that year.

A big surprise is that Levesque says the firm’s engineers believe that the MCFR could be designed and built as a micro-reactor and are looking at finding a way to build one quite fast.

The size of micro reactors is generally regarded as being between 2-10 MWe. However, Levesque says it is too soon to say what the power level would be for a micro size MCFR.

He says the firm wants to reduce the time to build a commercial unit from breaking ground to entering revenue service in as little as two-to-three years. Micro-reactors may be appropriate for places that don’t have nuclear energy today like nations in Africa.

The firm has branched out to work on production of medical isotopes. TerraPower is working on methods to extract Actinium 225 from surplus U233 stored at the Oak Ridge National Laboratory. The isotope may be effectively used in targeted alpha therapy for cancer patients.

Levesque says, “the development of new nuclear medicine isotopes shows the value of nuclear science and demonstrates U.S. leadership in this crucial area.”

“If we lose this leadership role, because of under investment in nuclear science, it will degrade the work force and diminish the robustness of the supply chain. The point is that nuclear science has many collateral benefits. It’s not just about power reactors to make electricity. There is a huge interest by pharmaceutical firms in cost effective production of ACT225.”

To support this work TerraPower recently opened up lab space to work on the requirements associated with the FDA’s standards for manufacturing medical isotopes.

Composite modeling is being used to evolve and optimize reactor designs. The firm is “really proud of our open source software and the fact that we are able to share it with nuclear engineering schools,” Levesque said.

He adds that the firm has a lot of outreach to these university programs to encourage the next generation of nuclear engineers and scientists. And there is something new going on with this group.

“This generation wants more than just a paycheck from a career. They want to have their work mean something, and with the climate change crisis upon us, they are bent on saving the world.”

Levesque hopes some of them will come to work at TerraPower to help the firm do just that.

1 Response to TerraPower CEO Interview: How the Firm has Transformed Itself into a Nuclear Science Innovation Hub