The International Energy Agency (IAE) has raised the alarm on a global scale about the decline of nuclear power for the first time in nearly two decades. IEA Executive Director Fatih Birol says that “without an important contribution from nuclear power, the global energy transition will be that much harder.” 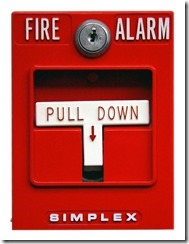 With nuclear power facing an uncertain future in many countries, the world risks a steep decline in its use in advanced economies that could result in billions of tonnes of additional carbon emissions, according to a new report by the International Energy Agency.

Nuclear energy is the second-largest low-carbon power source in the world today, accounting for 10% of global electricity generation. It is second only to hydropower at 16%.

For advanced economies – including the United States, Canada, the European Union and Japan – nuclear has been the biggest low-carbon source of electricity for more than 30 years and remains so today. It plays an important role in electricity security in several countries.

However, the future of nuclear power is uncertain as ageing plants are beginning to close in advanced economies, partly because of policies to phase them out but also as a result of economic and regulatory factors. Without policy changes, advanced economies could lose 25% of their nuclear capacity by 2025 and as much as two-thirds of it by 2040, according to the new report, Nuclear Power in a Clean Energy System.  (download link)

The lack of further lifetime extensions of existing nuclear plants and new projects could result in an additional 4 billion tonnes of CO2 emissions.

Some countries have opted out of nuclear power in light of concerns about safety and other issues. Many others still see a role for nuclear in their energy transitions but are not doing enough to meet their goals, according to the report.

“Without an important contribution from nuclear power, the global energy transition will be that much harder,” said Dr Fatih Birol, the IEA’s Executive Director.

“Alongside renewables, energy efficiency and other innovative technologies, nuclear can make a significant contribution to achieving sustainable energy goals and enhancing energy security. But unless the barriers it faces are overcome, its role will soon be on a steep decline worldwide, particularly in the United States, Europe and Japan.”

The new report finds that extending the operational life of existing nuclear plants requires substantial capital investment. But its cost is competitive with other electricity generation technologies, including new solar and wind projects, and can lead to a more secure, less disruptive energy transition.

With its mission to cover all fuels and technologies, the IEA hopes that the publication of its first report addressing nuclear power in nearly two decades will help bring the topic back into the global energy debate. The report was released during the 10th Clean Energy Ministerial in Vancouver, Canada.

“Action is needed to expand the share of nuclear generation in the clean energy future. We will need much more nuclear energy if we are to deliver on environmental, economic and sustainable development objectives.”

Rising noted that the most efficient use of a nuclear reactor is for it to supply electricity constantly at full output. However, to allow variable renewables to complement nuclear generation in the electricity mix, nuclear reactors are already being operated flexibly where required.

“New designs and technologies will further enhance the ability of nuclear power to facilitate the integration of more intermittent sources into a low-carbon generation mix,” Rising said.

The World Nuclear Association said 50 new reactors are due to start operating in a total of 12 countries between 2016 and 2020. Two of those countries – Belarus and UAE – are hosting their first nuclear power plants. This new build, it said, is equivalent to adding nearly 15% to global nuclear capacity.

Innovation is key to this growth in the use of nuclear energy.  Those 50 new units are based on 17 different reactor designs, and 10 of those designs are being built for the first time, with capacities ranging from 27 MWe to 1750 MWe.

However, World Nuclear Association notes that studies by both the Massachusetts Institute of Technology and the OECD Nuclear Energy Agency have concluded that high levels of intermittent renewable generation, in particular in the absence of nuclear generation, leads to much higher system costs and higher emissions.

The nuclear industry has set the Harmony goal for nuclear energy to provide 25% of global electricity by 2050. This will require three times the global nuclear generation capacity from its present level. Some 1000 GWe of new nuclear generating capacity will need to be constructed by then to achieve that goal. World Nuclear Association has identified three areas for action to achieve this: (1) establishing a level playing field in electricity markets, (2) building harmonized regulatory processes among nations, and (3) an effective safety paradigm. 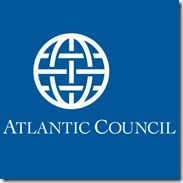 The Coalition, which includes former military leaders, senior diplomats, and national security experts, views nuclear energy as a pillar within the energy security, foreign policy, and economic priorities of the United States.

In 2018, the Atlantic Council Global Energy Center convened a “Task Force on US Nuclear Energy Leadership,” which comprised civilian and military experts in foreign policy, defense, and nuclear energy.

Senators Mike Crapo (R-ID) and Sheldon Whitehouse (D-RI) served as honorary co-chairs of the Task Force. See their recent joint OP ED on CNBC “US must ‘reassert global leadership’ in nuclear energy or lose out to Russia and China.”

Specifically, the task force recommends that the executive branch moves to implement NEIMA, which “directs the improvement in the NRC’s capacities and licensing framework for advanced nuclear reactors.”

In conjunction with improving the regulatory atmosphere for advanced reactors, the NRC should work with counterparts in Canada, the United Kingdom, Japan, and South Korea to increase cooperation.

The task force also recommends partnership between the US Departments of Defense and Energy in order to fund investment in micro reactors, which have clear use cases for civilian and military purposes. Finally, the task force recognizes the importance of public-private partnerships in financing for advanced nuclear technologies, as well as the necessity of developing a US origin enrichment capacity to produce HAELEU fuels.

The US can increase its lending authority through Congressional reauthorization of the Export-Import Bank by September 2019 and through the new US International Development Finance Corporation.

Additionally, G7 and G20 countries can work to improve lending policies of international financial institutions, in order to facilitate loans for nuclear project construction. Section 123 agreements are the cornerstone of US nonproliferation policy. A streamlined process for nuclear agreements, through “fast-track general authorization[s],” and nuclear cooperation MOUs should bolster US nuclear diplomacy.

The Atlantic Council report, entitled “US Nuclear Energy Leadership: Innovation and the Strategic Global Challenge,” is the result of these efforts.

Leaders from the United States and Canada are unveiling a new book, Breakthroughs: Nuclear Innovation in A Clean Energy System, at the Tenth Clean Energy Ministerial (CEM10). (links below)

The U.S. delegation was active at this international conference on behalf of nuclear energy in ways that have not been seen in decades.

“The combination of vision and innovation is having a profound impact on our energy landscape, and nowhere is that more true than nuclear energy,” said U.S. Under Secretary of Energy Mark W. Menezes.

“Nuclear energy is one of our most reliable and cleanest sources of energy. We are determined to revive and revitalize the nuclear energy industry with advanced and smart designs. This book highlights some of the incredible transformative opportunities nuclear innovation can bring to society and the clean energy future of our planet.”

This book describes new technologies and approaches, such as advanced Small Modular Reactors (SMRs), Generation IV technologies, and use of nuclear energy for multiple applications, in coordination with renewables. Nuclear, working with renewables, can support the energy needs for desalination to produce clean drinking water, process heat to industry, flexible electricity for the grid, hydrogen production, energy storage, and nuclear waste reduction.

The Breakthroughs book is a product of the CEM Nuclear Innovation: Clean Energy Future (NICE Future) initiative that was launched at the May 2018 Ninth CEM in Copenhagen, Denmark.

The NICE Future initiative envisions the many uses of nuclear energy in contributing to clean, reliable energy systems of the future. Since its inception in 2018 by the U.S., Japan, and Canada, the NICE Future Initiative has engaged representatives from more than 80 organizations from more than 35 countries and has attracted six new member countries.

Why Advanced Nuclear Reactors
May Be Here Sooner Than Many Imagine

Authors Ted Nordhaus and Jessica Lovering write in a new article that many advanced reactors are already moving toward commercialization, and on much faster timelines and with much less government support than many thought possible.

“Advanced nuclear reactors are moving toward commercialization faster and with less government support than many realize. Their smaller size and advances in computing are helping.”

They note that NuScale submitted its design certification application to the Nuclear Regulatory Commission (NRC) in 2016 and expects to receive its license by early 2021. The company plans to build its first commercial power plant in eastern Idaho, providing electricity to Utah Associated Municipal Power Systems, with construction starting in 2023.

The utility Southern Company has agreements with several advanced nuclear developers for possible demonstrations at its site in Georgia. In 2016, the DOE invited Terrestrial Energy to apply for a $1.2 billion loan guarantee to construct its first plant in the U.S.

Read the full article (URL above) to learn more.

Enabling Nuclear Innovation:
In Search of a SpaceX for Nuclear Energy

The Nuclear Innovation Alliance (NIA) released a report, titled Enabling Nuclear Innovation: In Search of a SpaceX for Nuclear Energy. It’s noted that Russia currently dominates the export market for new reactor builds, just as it did for commercial global launch services in 2010. To return the United States to a leadership role, the U.S. Department of Energy should learn from the legacy of the NASA commercial orbital transportation services (COTS) program.

(NucNet): The UK’s nuclear energy industry has backed recommendations to authorize lifetime extensions of existing nuclear plants, but urged the government to urgently commit to building new reactors or risk putting a halt to the progress the country has made on decarburization.

The London-based Nuclear Industry Association said the International Energy Agency confirmed in a report published today what many have been warning for years – that nuclear is the backbone of low-carbon electricity generation.

“Without it, we are likely to see a huge increase in CO2 emissions, and an increase in electricity bills for consumers,” the NIA said.

“While we back the IEA’s recommendation to authorize lifetime extensions of existing nuclear plants for as long as safely possible, the majority of the UK’s nuclear power plants have already undergone life extensions.

The NIA said nuclear provides around a fifth of electricity in the UK, and around half of the low-carbon electricity. “However, with all but one of our nuclear power plants due to come offline in the next decade, we are at a critical point for nuclear,” it said.