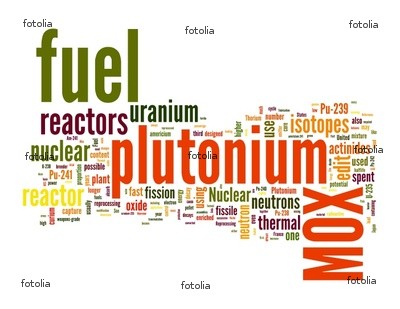 Nuclear reactor restarts for units that can burn mixed oxide fuel (MOX) in Japan are now more likely following the release of a government energy plan that confirms that nuclear power will remain a key component of Japan’s energy strategy.

Whether the burnup of plutonium in the form of MOX, based on fabrication of it from reprocessed spent fuel, will reduce Japan’s total inventory of plutonium and calm U.S. jitters over the issue remains to be seen.

The new plan, known as the Basic Energy Plan, calls for a nuclear share of around 20-22% by 2030. Prior to the Fukushima accident, Japan generated about 30% of its electricity from nuclear and planned to increase that to 40%.

In parallel the The Ashai Shimbun newspaper reported on July 6th that in response to international concerns, the Japan Atomic Energy Commission (JAEC) has a plan to reduce the nation’s plutonium stockpile by turning it into mixed oxide fuel (MOX). (Full text, 8 pages – PDF file). The plan focuses on the need for Japan to declare a “specific purpose” for all of its plutonium stocks and for peaceful uses of the material.

The nuclear industry group, the Japan Atomic Industrial Forum (JAIF) said about 30 reactors must be brought back online to meet the target. So far only nine units have been restarted and only four of them are licensed and capable of burning MOX fuel to reduce Japan’s plutonium inventory.

In the list that follows the reactors with an asterisk (*) can burn MOX. The nine units that have been restarted in Japan since the Fukushima accident: Ohi-3, Ohi-4, Genkai-3*, Genkai-4, Sendai-1, Sendai-2, Ikata-3*, Takahama-3* and Takahama-4*.

Japanese utilities have decided to scrap 19 reactors of which 10 are in Fukushima province. The others that have been selected are older than than 40 years, have relatively low power levels, and may face high costs of bringing them into compliance with new safety standards.

NucNet reported that the plan does not make any mention of the need for building new nuclear plants. The Basic Energy Plan released by the Japanese government also strengthens the government’s commitment to giving renewables such as solar and wind power a major role in energy generation.

Also, the plan, which charts the nation’s mid- and long-term energy policy, marks the fifth in a series that is required by law to be reviewed about every three years. The plan maintains a reliance on coal-fired thermal power as a baseload energy source despite high emissions of carbon dioxide.However, it endorses using MOX fuel which is based on reprocessing spent nuclear fuel to extract plutonium to be blended with uranium.

Plan to Reduce Plutonium by Making and Burning MOX

The Ashai Shimbun newspaper reported on July 6th that in response to international concerns, the Japan Atomic Energy Commission (JAEC) has released a plan to reduce the nation’s plutonium stockpile by turning it into mixed oxide fuel (MOX).

The JAEC included the goal in its latest white paper of nuclear energy utilization. The JAEC said in a white paper that using (MOX) fuel in commercial reactors is the only realistic method to reduce the stockpile. (2016 status report on plutonium management in Japan – PDF file 13 pages)

The Rokkasho nuclear fuel reprocessing plant, which is under construction in Aomori Prefecture, is scheduled to be completed in the first half of fiscal 2021. It has seen repeated delays due to the complexity of the technology. Critics have asked whether it can be completed to address the problem.

Japan’s efforts to design and operate a fast reactor that would burn plutonium have not been successful more or less insuring that the MOX fuel will be fabricated for use in existing commercial reactors.  Historically, most of Japan’s MOX fuel has come from a plant in France.

The resulting mixed oxide fuel, or MOX, has an equivalent enrichment level of about 5% U235. MOX burns hotter and longer in the core than conventional fuel which is why conventional reactors limit its use to about one-third of the fuel assemblies.

The Rokkasho plant is designed to extract 8 tonnes of plutonium a year from spent nuclear fuel and reprocess it into MOX fuel. A back of the envelope calculation indicates that amount could produce about 400 PWR type MOX fuel assemblies a year.

Japan has an estimated 47 tonnes of plutonium, but according to the IAEA most of the inventory is held in the UK and France for eventual reprocessing into MOX fuel. Only about 10 tonnes are in Japan.

The Federation of Electric Power Companies of Japan, which coordinates the operations of Japan’s 10 electric power companies, reportedly told JAEC that it will aim to eventually introduce the MOX fuel in 16 to 18 reactors.

Conceivably, that would generate a demand for the equivalent of (16 x 64) or approximately 1,000 PWR type MOX fuel assemblies every two years.

A key success factor for any MOX fuel fabrication plan is that it can insure reliable delivery of the MOX fuel assemblies to meet reactor outage schedules.

If in fact Japan can license and revamp and restart 16 to 18 reactors to burn MOX, the demand per refueling cycle might make a dent in the current inventory. The question is whether future reprocessing would significantly slow down the rate at which the inventory was reduced in size.

“We need to understand and try to explain our special situation, in which we possess plutonium despite being a non-nuclear-weapon state,” said Yoshiaki Oka, chairman of JAEC.

Other countries are nervous about the size of the inventory. While the inventory is in three different places, taken as a whole, it is enough to make a huge inventory of nuclear weapons. The large stockpile of plutonium that can make atomic bombs raises security concerns across Asia.

According to June 15th, Nikkei Business Daily report, the U.S. Department of State and the National Security Council had requested that Japan trim its stockpiles ahead of an extension next month of a bilateral nuclear cooperation agreement.

The chairman of the Japanese power utilities’ federation, Satoru Katsuno, who is also president of Chubu Electric Power, said in response to an inquiry from the wire service,

“Under the principle of not having plutonium with no purpose for usage, we are trying to carry out MOX (mixed oxide) fuel usage at reactors promptly. We will continue to try to curb plutonium stockpiles.”

Chubu Electric wants to use its plutonium stockpiles as fuel for its Hamaoka No.4 reactor, which has been shut pending rigorous safety checks imposed after the Fukushima disaster in 2011.

“Our priority is restarting our own reactors” to use up excess plutonium, rather than sending it elsewhere, said Hokkaido Electric Power President Akihiko Mayumi in a statement to the Nikkei  Daily.

However, in the US nonproliferation experts inside the government and NGOs who follow such matters have called for Japan to stop reprocessing altogether and dispose of the surplus plutonium by other means such as a deep geologic repository or immobilization in a form from which it cannot be extracted and re-used.

JAEC Commission chairman Yoshiaki Oka told the Associated Press on July 5th  the effort to tackle the stockpile is Japan’s own initiative underscoring its commitment to a peaceful nuclear program. The U.S. has been in diplomatic dialog with Japan over the size of its plutonium inventory as it enters into what may be protracted negotiations with North Korea over its nuclear weapons program.

Oka said, perhaps as a face saving measure, that he was not aware of any outstanding problem between the two countries over the plutonium issue, but that Japan is taking into consideration the importance of maintaining “relationship of trust with the U.S.”

Nonproliferation expert Alan J. Kuperman, associate professor at the LBJ School of Public Affairs, The University of Texas at Austin, writes in Kyodo News on 7/13/18, that Japan’s plan to burn 48 tonnes of plutonium as MOX fuel in the nation’s commercial nuclear power plant “directly contradicts the lessons from a yearlong study that I recently led of all countries that have commercially used or produced MOX for thermal nuclear power plants. We found that five of the seven countries had already abandoned MOX fuel due to concerns about economics, security, and public acceptance.”

He lists four reasons why Japan’s plan will not work.

First, as pointed out above, Japan doesn’t have enough reactors to burn a big enough volume of the MOX fuel to make a dent in the overall inventory. JAEC’s plan to add 16-18 reactors to the mix depends on restarts that haven’t happened yet.

Second, he points out the plan produces new stocks of plutonium from reprocessing which “is counterproductive and . . . which would magnify not solve the problem.”

Third, he points out about half of Japan’s stockpile, 22 tonnes, is in the UK, which has offered to take ownership for a price, as it did for four other countries. If Japan took this approach, he says, it could transfer its problem to an existing nuclear power and reduce tensions over nonproliferation issues in Asia at the same time.

Fourth, some of the domestic ten tonnes of plutonium in Japan isn’t suitable for MOX. Two tonnes were previously fabricated into fuel for a now canceled type of fast reactor and won’t work in existing  LWR type plants. Further unless Japan completes its own MOX plant, it will have to rely on France to make it at a much higher cost.

Overall, Kuperman says Japan must make credible progress reducing its plutonium stockpile or risk being misinterpreted as to its intentions by other countries.