Czech Republic Near Kickoff of Tenders for 5 Nuclear Reactors

CEZ, the state-owned nuclear power utility, has offered and withdrawn tenders for new reactors twice in the past decade. This history isn’t stopping vendors from expressing interest in the newest round. 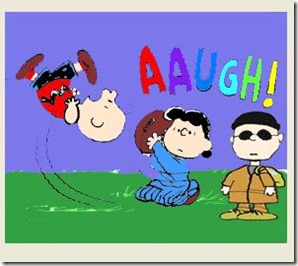 If you want to know how the major nuclear reactor vendors view plans to expand nuclear energy in the Czech Republic, you need look no further than a famous American comic strip “Peanuts.”

In a famous and iconic sequence, the scheming character Lucy holds a football for the hapless character Charlie Brown to kick. Just as he approaches the kick off, she whisks the ball out of the way causing Charlie Brown to do an airborne summersaults which ends with a heavy thud as he hits the ground.

This is more or less the experience nuclear reactor vendors have had bidding on tenders from the Czech government’s utility CEZ which has offered and whisked away at least two major tenders for up to 3 GW of nuclear power. The utility also unceremoniously ejected Areva from the game in 2012 over as yet unexplained claims that that firm’s bid did not comply with the requirements of the procurement action. (WNA Profile for Czech Republic)

However, at least six firms appear to be undeterred since CEZ is expected to come back in 2018 with a new tender for two new units at Dukovany (5 & 6), two more later on at Temelin (3 & 4), and an entirely new nuclear block in Slovakia at Bohunice. Each of these units will be specified to be approximately 1,200 MW which fits nicely with an offering from just about all concerned.

That puts a total of 6 GW of power in play and at an estimated overnight cost of $5,000/KW, rounds out to $30 billion. Even getting a piece of this pie is too tempting for bidders to ignore hence their apparent disregard for prior instances of “now you see it now you don”t” tenders.

Has the Czech Government Finally Grown Up?

Even more interesting is it appears the government has finally recognized the need to put reliable financial plans in place including rate cases. Also, the government will require that the vendors hire a capable EPC firm and not be both supplier and builder.

This brings us to the question of political leadership, and there politics once again offers the Czech government another opportunity to play Lucy’s game with the football.

A key player, Billionaire Andrej Babis, who is likely to become the next Czech prime minister, wants to expand the country’s nuclear energy capacity without the help of foreign investors. Industry and Trade Minister Jiri Havlicek disagrees and wants the government to have an equity stake if for no other reason than to have a seat at the table in terms of controls on schedules and costs.

(NucNet) According to media reports, Mr Babis, the second richest Czech whose centrist ANO party has a double-digit lead in polls before the October 20-21 elections, said state-controlled utility CEZ is able to finance the construction of at least one new unit at the Dukovany nuclear power station on its own.

“They can easily finance it, easily,” Mr Babis said in an interview in Prague, reported Bloomberg on 28 September 2017.

“CEZ is in a very good condition. It has the best balance sheet among energy companies in all of Europe.”

The government, which controls about 70% of the company, is discussing possible ways to finance new reactors with six potential investors. In June 2017 the Czech Cabinet approved a national action plan for the long-term future of nuclear energy, including plans to build new nuclear units at the existing Temelín and Dukovany nuclear sites. The government said the plan foresees at least one new power reactor being built at Dukovany and Temelín, with a probable total of four new reactors in the long term at the two locations.

The Bloomberg wire service reported that Babis expressed frustration over what he said was lack of state’s influence at the utility, and said he will try to bring the company under more direct government control if his party wins the election.

Czech utility CEZ  can’t invest billions of dollars in new nuclear reactors without government assistance, in spite of what the nation’s prospective leader says, according to the government’s industry minister.

The Prague-based utility, while profitable, must protect the interest of minority shareholders by offering some form of state guarantee in any nuclear project, according to Industry and Trade Minister Jiri Havlicek.

He rejected the view of billionaire Andrej Babis, whose ANO party is poised to win this month’s general election, that CEZ should finance new reactors on its own.

“Without the participation of the state, whether in the form of taking over CEZ’s nuclear assets or some form of indirect state support, there won’t be any new nuclear units,” Havlicek said in an interview with wire services.

The Social Democrat-led government, which controls about 70 percent of CEZ, has repeatedly called for new nuclear capacity as aging coal-fired power plants and Soviet-era reactors are retired in the coming decades.

Havlicek’s ministry is preparing three scenarios for funding the nuclear project, all involving the state, and urged the next government to use them as guidance.

“It’s obvious there are no easy solutions,” the Havlicek said. “It’s not possible to simplify it like Mr. Babis did. Profit generation at CEZ can’t be the only source.”

Mr Sobolewski was quoted in wire service reports as saying that the government does not want to have its decision about the project dominated by financial markets.

He also said that the ministry of energy is considering “many financial models” and has not taken a final decision.

Mr Sobolewski said the cost of building 1 GW of nuclear capacity could be estimated at €2.8bn to €3.25bn ($3.28-$3.83bn), based on the assumption that a 3-GW nuclear power station will eventually be realised.

A 2015 plan by the previous government laid out ambitions for 6 GW of nuclear by 2030 with the first unit starting commercial operation in 2024.

In January 2017, the new Polish government postponed a decision on the new-build programme and its financing model until mid-2017, but that deadline was not met.

(Reuters) Toshiba’s NuGen nuclear project in Britain expects to secure a new investor by early next year, assuring the project’s future, NuGen’s chief executive officer told Reuters in an interview. That said the firm also said it would result in a delay of three to five years in terms of breaking ground.

NuGen, in Moorside, northwest England, is expected to provide around 7 percent of Britain’s electricity when built but was thrown into doubt after developer Toshiba’s nuclear arm Westinghouse declared bankruptcy in the U.S. earlier this year.

Toshiba’s NuGen joint venture partner Engie subsequently pulled out of the project, leaving the Japanese firm searching for new investors. The plain English translation is that Toshiba wants to offload all financial commitments for the project, but still wants Westinghouse to be able to sell the project its reactors. There is no guarantee of that outcome.

“There are multiple credible bidders and we expect to find a new buyer, and a clear way forward by early next year,” NuGen Chief Executive Tom Samson told Reuters in an interview.

South Korea’s Korea Electric Power Corp (KEPCO) and China General Nuclear Power Corporation (CGN) have both said they are interested in bidding for the project. Either of these firms would have to take their reactor designs through the UIK’s nuclear safety review process, the generic design assessment, which could add time to the project of two years or more.

It was initially hoped electricity generation would begin by 2025 but Samson said a new delivery plan will be set up by the new owners which will involve a new completion date.

KEPCO’s reactor design has yet to start the regulatory process, while CGN began the approval process earlier this year as the company also plans to build a new nuclear plant in Bradwell, Essex.

Toshiba’s Westinghouse was initially expected to provide the reactor technology, and this already has GDA approval.

“We are not ruling out any technology at this stage,” Samson said.

Britain needs to invest in new capacity to replace ageing coal and nuclear plants that are due to close in the 2020s, but large new plants have struggled to get off the ground due to high costs and weak electricity prices.