Temelin Melt Down on Cheesecake Contest for Female Interns 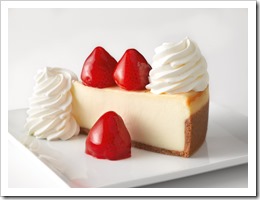 Managers at the CEZ Temelin plant held a contest for bikini clad young women offering internships at the plant to the winners. Cheesecake type photos of the contestants and a video were posted on Facebook.

USA Today reports that a Czech nuclear power station is in a lot of hot water after it used a bikini contest to hire potential interns.

According to the newspaper, CEZ’s Temelín nuclear power station posted images of women in their late teens or early 20s wearing colorful bikinis and hard hats on its Facebook page last week. The station encouraged Facebook users to vote for the girl they liked best, with the winner earning a two-week internship at the station.

According to the Facebook post announcing the contest, the woman with the greatest number of likes was supposed to be crowned “Miss Energy 2017” and score a two-week internship with the company.

A German newspaper featured a video (since taken down) of the women posing next to the cooling tower of the Temelin plant wearing a smile, a revealing bikini, and a hard hat.

In other words, and in American terms, these were classic “cheesecake” glamour photos. According to the UK Daily Mail, (NSFW) the Temelin contest organizers used a fashion consultant to provide the women with color coordinated and styled swimwear for a photo shoot.

The fact that all of the photos that appear online show women who look like professional models raises the possibility that the organizers of the PR stunt selected beautiful women for the contest in the first place without any regard for their education and technical skills.

“We think photographs are very tasteful,” the company wrote in a comment on its Facebook post. “The combination of beauty and the industrial environment gives an interesting result.”

It only took a short time for the publicity stunt to blow up in the sponsor’s face. Critics called it sexist and pointed out using hiring preferences that that valued beauty over brains was a long walk on a short pier. Newspaper headline writers had a field day with the story. One called it “too hot to handle.”

Time Magazine reported that over 700 protest comments were posted on the Facebook page before it was taken down.

“Undress and you get an internship – this can not be serious, it’s degrading, disgusting and primitive,” one internet user commented.

Even Entertainment News Magazine, which routinely exploits photos of female movie and TV celebrities in bikinis, asked in a video report (NSFW) “how does looking good in a bikini equate to a person having a brain capable of working at a nuclear power plant?”

Petra Havlíková, a Czech lawyer for human rights non-profit Nesehnutí and an equal opportunities adviser, told the Czech news media site aktualne.cz, “The competition is absolutely outside the bounds of ethics. In 2017, I find it incredible that someone could gain a professional advantage for their good looks,”

A belated apology from Temelin’s management 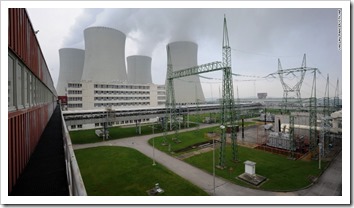 It took a while for the criticism to take effect. Finally, days after the event, a manager at Temelin apologized noting that it offered internships to all 10 bikini contest participants.

“We didn’t want to offend anyone,” the station said. It added that all 10 women were offered internships.

“The purpose of the competition was to promote technical education. But if the original vision raised doubts or concerns, we are very sorry.”

That the PR stunt was wrong but anyone who thinks it should be dismissed as “boys will be boys” misses the point.

What’s wrong with this picture?

What’s wrong with this incident is that it reflects a sexist, male-dominated culture within nuclear power industry. It’s a short trip from exploiting young girls in bikinis to unwanted advances and sexual harassment in the workplace. These types of incidents lead to litigation and cash damages which hit a firm’s balance sheet.

This problem is not confined to the Czech Republic nor to the nuclear industry. In the U.S. the Equal Employment Opportunity Commission reported in 2016 there were almost 13,000 incidents involving sexual harassment reported to the agency. It reports that in 2016 employers paid out damages of $41 million to victims of these type of incidents.

These kinds of outcomes are the reasons that many firms have personnel policies that ban the display of sexually explicit material in the workplace cheesecake included.

There is little doubt that nuclear power profession is still mostly male-dominated. This is not just unfortunate and sad. It reflects the widespread culture within the industry, and this culture is a reason for concern for all those who think nuclear power should have a future.

The bikini contest is worse than just an example of “what were they thinking?” It was a gross error of judgment. It represents a collapse of professionalism in the workplace.

The manager(s) and staff responsible for organizing and promoting it brought embarrassment and justified criticism to their organization and made them the subject of late night comedy TV jokes. Worse, it sends a message that this kind of thinking prevails not just at the Temelin site, but in the nuclear industry as a whole.

Think that is harsh? Consider that the industry has for decades had the paradigm that an accident at one facility reflects on public confidence for all of them.

So what is the public supposed to think now about Temelin and other nuclear sites? The unfortunate message from this incident is that the staff there are spending their time viewing cheesecake images of young girls rather than doing their jobs. How’s that for a nuclear safety culture?

Yes, there are lessons learned

Making young women to pose as bikini models in order to compete for a job is simply wrong. It is sending a message that within the nuclear industry, women are valued only for their looks, not for their intellect or skills.

Perhaps this incident will convince the next group of young women faced with an offer for a similar contest to simply walk away from it and the firm sponsoring the event.

Industries that treat women as a objects will find that the most qualified and talented women will not work for them.

Like any screw up in the nuclear industry, the first step in recovery is to make a list of corrective actions. What you and your colleagues can do is to take the event seriously. See also this protest letter which inspired this blog post.

Bottom line – don’t be a jerk by engaging in sexist behavior. Respect all people for their professional credentials and expertise in the industry and make no other distinctions.