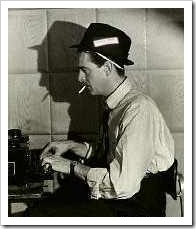 This is an occasional summary of the best posts from the pro-nuclear blogging community in North America. This week’s collection comes from items submitted for the two week period ending March 11, 2016.

It’s been six years since an earthquake and tsunami destroyed six nuclear reactors at Fukushima, Japan. Will Davis reports that the last quarter of 2016 and the beginning of 2017 have seen rapid progress made in answering the most burning question about the present condition of the nuclear plants, which is this:

What are the condition and location of the damaged and melted fuel in the three units which suffered accidents? This determination is absolutely essential in order for TEPCO to plan out how to remove these materials and ultimately dismantle and remove the highly contaminated reactor buildings. Progress has been steady, sometimes not as planned, and at times, confusing.

The event starts at 11:00 AM and is schedule to conclude at 1:00 PM. Participants are asked to gather at the plaza in front of the San Luis Obispo County Building at 1055  Monterey. Please come to support GREEN nuclear power wearing your green!

In this post, Rod Adams reviews Meredith Angwin’s recent book, Campaigning for Clean Air: Strategies for Pro-Nuclear Advocacy.  He describes the book as

Meredith’s little instruction book for budding nuclear advocates is punchy, filled with practical exercises, gives step by step instruction with options…. there are times when you want to simply put down the book and take one of her recommended actions to see how it works and feels.

At Nuke Power Talk, Gail Marcus explores some of the pros and cons of regulation.  She looks beyond the nuclear field at some of the most famous examples from the annals of history where regulations have made a key difference to health and safety.  In view of the current focus on what is wrong with regulation, this analysis points out that there are two sides to the story.

The consortium aims to have a demonstration reactor operating by 2025, and estimates that by the 4th-of-a-kind unit, U-Battery’s capital costs will be between £40 and £70 million ($49 and $86 million).

Known as Novovoronezh 6, the unit was connected to the network in early August last year, but Rosatom said this week that it had officially started commercial operation on 27 February. This followed approval to include power generated by the unit in the country’s wholesale electricity market, the state nuclear corporation said.

China to Complete 5 Nuclear Reactors in 2017

China will complete construction of five nuclear power reactors and start construction of eight more in 2017, according to plans released by the country’s National Energy Administration (NEA). Planning for a further eight reactors will also be progressed this year.

In its Energy Work Guidance Opinion for 2017, published on 10 February, the NEA said construction will be completed of the Sanmen 1 and Haiyang 1 AP1000 units, the Taishan 1 EPR and the Fuqing 4 and Yangjiang 4 CPR-1000 units. These, together with “other projects”, will add some 6.41 GWe of nuclear generating capacity, it said.

In Washington, DC, the Third Way, a think tank, hosted a meeting of some of the country’s best thinkers, leaders, funders, and doers in the field of development advanced reactors. Cheerleading is helpful, but the proof will be in federal funding for reactor R&D and regulatory reform at the NRC.

In Cambridge, MA, Transatomic, a startup, is now making a list of lessons learned following publication of a critical review of the firm’s reactor design. One of the lessons is that other start-ups with audacious claims are likely to receive similar levels of scrutiny.