This post represents the latest link in a chain of almost six years of the weekly summaries of the best of the pro-nuclear blogs. 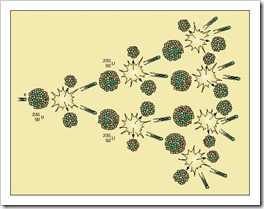 Posting of these blog summaries here is done with the purpose of bringing diverse ideas to the attention of a larger readership.

Your kind attention to these blog posts is appreciated. Please repost or cite in your favorite social media channels. There are live icons, with one click action, for doing so, at the end of this blog post.

Carnival 333 – Special Edition; Reporting on Saving the Nukes in Chicago

If you think someone else is going to stop nuclear plants from closing, it’s time to take off the blinders and take action. That was the message being touted during the #SavetheNukes Summit in Chicago on October 22-24, organized by Environmental Progress with the American Nuclear Society (ANS) Young Members Group (YMG), among others.

The summit was not held in Illinois by coincidence. After success in New York, those who were involved in the passage of the Clean Energy Standard and associated Zero Emissions Credit that saved the Fitzpatrick, Ginna, and Nine Mile Point plants felt invigorated to bring the fight to the next battlefield.

The pro-nuclear rally and march (see photo below) in aimed to encourage pro-nuclear public opinion, and targeted groups that oppose nuclear energy.  These are anti-nuclear lobbying groups.  They take fossil fuel money and rejoice when a gas-fired plant is built.  They call themselves “environmental groups” but they are no such thing. (Photos courtesy Meredith Angwin)

The Chicago event was organized by Environmental Progress and other groups of the Clean Power Coalition. Here’s a group picture from the meeting.

I recently watched a sneak preview of a movie which extolls the “citizen activists” who caused Vermont Yankee to close. I also write about sitting in a local coffee shop near the railway tracks, watching a fuel train be made up, and thinking about how many people in the coffee shop probably feel very safe because Vermont Yankee is shut down.

One step to save nukes – stop their immediate destruction

Nuclear plants that are economically uncompetitive under current market conditions should be retained for future operations, not immediately destroyed.

However, an operational nuclear plant in the US is effectively “destroyed” and prohibited from ever being operated again if the owner certifies to the NRC that it intends to permanently cease operating and thus obtains a license amendment that converts the operating license to “possession only.”

At NukePowerTalk, Gail Marcus reports on a recent meeting at the Center for Strategic and International Studies which was keynoted by DOE Secretary Ernie Moniz.  Particularly interesting was that he mentioned that he sees a 5-year window for some important decisions affecting the future of nuclear power, and he named about 8 issues that he saw as key during this period.  The rest of the program featured 8 other speakers from the US and abroad, including former NRC Chair Allison Macfarlane.

The BN-800 reactor was brought to minimum controlled power for the first time in June 2014, at which time commercial operation was planned for the end of that year. However, in December 2014 Rosenergoatom announced that nuclear fuel for the unit would first be developed further. It was brought again to the minimum controlled power level in August 2015, and again in November 2015, eventually being connected to the grid on 10 December 2015