This post represents the latest link in an unbroken chain of almost six years of the weekly summaries of the best of the pro-nuclear blogs. 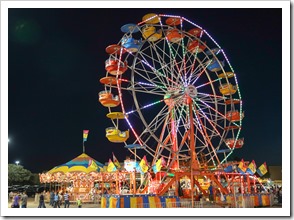 With the recent completion of the Climate Change Conference in Paris, the leveraging the nuclear energy to mitigate future growth of CO2 emissions comes even more prominently into the public eye. Want to know what’s going on? Read all about it here.

Previous editions of the Carnival have been posted at the blogs cited below and elsewhere.

Posting of these blog summaries here is done with the purpose of bringing diverse ideas to the attention of a larger readership.

Your kind attention to these blog posts is appreciated. Please repost or cite in your favorite social media channels. There are live icons, with one click action, for doing so, at the end of this blog post.

Why hasn’t the Press reported the discovery of F. Daiichi unit #2’s corium? It ends uncertainty and doubt relative to the the location of its melted fuel core…that’s why! Anything that challenges the newsworthiness of Fukushima FUD is conveniently ignored!

Much About Politics But Little About Fish

A review of water permits for nuclear plants, and how these permits are often more politically-motivated than fish-motivated.  The fish are doing fine.

In this post, Meredith Angwin describes how California authorities have kicked the can down the road about closing Diablo Canyon.  If the current agreement holds, the nuclear plant will close in about eight years.  Reading the small print on the agreement, however, we can see that  (1) Southern California is at risk for rolling blackouts this summer, even with Diablo Canyon operating and (2) PG&E doesn’t even claim to have a plan for replacing Diablo Canyon power with other low-carbon sources.

Who is qualified to determine nuclear plant safety?

On July 12, the Otsu District Court in Japan made a significant decision regarding the future of Kansai Electric Power’s Takahama nuclear station when it upheld a previous lower court injunction against the operation of Units 3 and 4 at that site.  The district court had received a petition from just over two dozen intervenors in Shiga Prefecture earlier this year; legal wrangling ensued, with Kansai Electric filing an objection which ultimately today appears to have fallen on deaf ears.  As it now stands, there is a provisional injunction against the startup of these two plants.

At Nuke Power Talk, Gail Marcus highlights the nuclear engineer turned poet and performer who is now the poet laureate of Hawaii.  What is particularly interesting is that he performs with a troupe that uses song and dance to illustrate scientific principles such as the Big Bang, the periodic table, and more. A good excuse for a trip to Hawaii!

Pacific Gas & Electric Company recently announced its decision to close its well-running, low-carbon, low-cost nuclear reactors at Diablo Canyon, because of political pressure from the state of California and especially its Lt. Governor. But contrary to their vow to replace the nuclear energy with renewables, they are actually going to replace it mostly with natural gas so carbon emissions will increase about 30%. Fortunately, the costs will go onto the shoulders of taxpayers, not ratepayers, so no one will notice the increased costs.

Doomed to Cooperate – Russia, The U.S. And Nuclear Weapons After The End Of The Soviet Union

For 25 years following the 1986 Reagan-Gorbachev summit in Reykjavik, American nuclear scientists, and their Russian counterparts, worked to secure nuclear weapons and nuclear materials in the waning days of the old Soviet Union and the tumultuous aftermath of its dissolution in 1991. As Sig Hecker writes in Doomed to Cooperate, the effort that became known as the lab-to-lab collaboration worked because of the mutual respect and unwavering commitment of scientists who understood that diplomacy and science together would achieve what saber-rattling never could.

A warming world is gearing up to install 1.6 billion new air conditioners by 2050, which will require an additional 4.8 trillion kWhs of electricity every year, mostly during peak energy demand in the hottest part of the day. But thermal energy storage can offset that peak by using off-peak energy during the night to make cold water, or even ice, and storing inside energy storage tanks. The stored ice is then used to cool the building’s occupants the next day.

The firm defies conventional wisdom about keeping early stage technical details a secret by posting a white paper about its progress along with the endorsements of its venture capital backers.