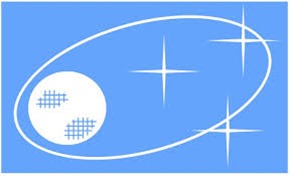 With the completion of the Climate Change Conference in Paris in December 2015, the leveraging the nuclear energy to mitigate future growth of CO2 emissions comes even more prominently into the public eye.

he bloggers who write the posts cited here do so because they have come to see, based on experience, that nuclear energy is a cost-effective, carbon emission free, source of electrical power which can raise the standard of living for any population which benefits from access to it.

Your kind attention to these blog posts is appreciated. Please repost or cite in your favorite social media channels. There are live icons, with one click action, for doing so, at the end of this blog post

Rod Adams – Atomic Insights
Advanced Reactor leaders: Will you put one in your backyard?

Will leaders of advanced nuclear energy companies build a plant in their own backyard? Maybe this question and the answers can spread to become a meme with legs that helps the public gain a better appreciation of the nuclear energy’s proven benefits. It might help stimulate a curiosity about atomic energy’s potential to make their own lives more comfortable and prosperous while also helping human society achieve a more sustainable development path.

Telecommuting brings enormous benefits to the environment, the economy and one’s family life, particularly for women. Telecommuting could take the equivalent of 10 million cars off the road, could save over 640 million barrels of oil, a third of our Persian Gulf imports, and could save 90,000 lives from traffic-related injury or death, providing an annual economic benefit to the nation of over $700 billion.

While we work to perfect pollution-free, clean energy infrastructure, such as solar panels and wind turbines, we ought not to neglect the role that nuclear power can play in meeting our energy demands. The truth is that atomic energy is much safer than petroleum or coal-generated energy.

It’s spring time and that means baseball is back in season. There is an old baseball bit of wisdom that says a batter who steps away from home plate with his leading foot in fear of being struck by a pitched ball, instead of a straight-ahead stride, is said to “have put his foot in the bucket.”

This is, metaphorically speaking, the problem Democratic candidate for President Bernie Sanders has with nuclear energy. Instead of meeting the issue head on, he steps away in foolish, irrational fear and spreads his message of uncertainty and doubt to his supporters.

This is too bad because the green and sometimes liberal wing of the Democratic party has some good ideas about saving the planet, but eliminating nuclear energy is not one of them.

For years, the mantra has been that the Republicans are in favor of nuclear energy and the Democrats are against it, so if you’re a nuke, “Republicans good, Dems bad.” I have always felt the truth was not so simple.

A recent article in the New York Times reinforces my viewpoint. Even more interestingly, the author, Eduardo Porter looks at the issue from the point of view of climate change concerns. But his conclusion is the same. Basically, the political parties often focus on other issues, and things like nuclear power and climate change end up being “collateral damage.”

In a recent Fairewinds podcast, Ian Fairlie embeds nuggets of truth in a flurry of fabrications concerning Tritium. He is long on scientific credentials, but longer on unscientific speculation.

Andrew Daniels writes about a topic that should make pronuclear advocates in the U.S. feel the pain. Prospects for reactors, however challenging, are going ahead in several countries. Yet while the U.S. seems to be waking up gradually to the necessity of building nuclear reactors we remain complacent despite the fact that we are in better shape technologically and economically than many of the emerging countries who have nuclear projects in progress.

This short introduction to new nuclear builds is a taste of what to expect from an upcoming book by Andrew Daniels to be released this summer. Keep an eye open for After Fukushima: What We Now Know, a history of the fear reactions towards nuclear power and radiation.

The oceans hold more than four billion tons of uranium—enough to meet global energy needs for the next 10,000 years if only we could capture the element from seawater to fuel nuclear power plants.

For half a century, researchers worldwide have tried to mine uranium from the oceans with limited success. In the 1990s, Japan Atomic Energy Agency (JAEA) scientists pioneered materials that hold uranium as it is stuck or adsorbed onto surfaces of the material submerged in seawater. In 2011, the U.S. Department of Energy (DOE) initiated a program involving a multidisciplinary team from U.S. national laboratories, universities and research institutes to address the fundamental challenges of economically extracting uranium from seawater. Within five years this team has developed new adsorbents that reduce the cost of extracting uranium from seawater by three to four times.