This post represents the latest link in an unbroken chain of more than five years of the weekly summaries of the best of the pro-nuclear blogs. 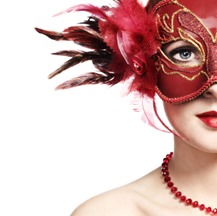 With the recent updated assessment by the IPCC of the outlook for climate change, the leveraging the nuclear energy to mitigate future growth of CO2 emissions comes even more prominently into the public eye. Want to know what’s going on? Read all about it here.

Previous editions of the Carnival have been posted at the blogs cited below and elsewhere. See the “Blogs We Read” sidebar at the ANS Nuclear Café for a complete list. It is published by the American Nuclear Society. A great site for the industry perspective is the blog and the dynamic blog roll at NEI Nuclear Notes. It cites new blog posts from around the nation as they are published.

Your kind attention to these blog posts is appreciated. Please repost or cite in your favorite social media channels. There are live icons, with one click action, for doing so, at the end of this blog post

Why would UBS root for Entergy’s Merchant Nukes to Close?

UBS Investment Bank holds a large portfolio of loans to companies involved in extracting natural gas using the combination of horizontal drilling and hydraulic fracturing. Because of the healthy fees associated with generating those loans initially, UBS, along with several other large investment banks, supported drilling programs for production that was not justified by the existing demand for natural gas.

The inevitable happened; more gas was produced than customers needed or wanted. That led to a glut and rapid price declines. Many of the entities that borrowed money from UBS are now in danger of default because their revenue is insufficient to pay the carrying costs of the loans for much longer. Recent sales from the loan portfolio have closed at 65 cents or less on the dollar.

UBS appears to be addressing this business challenge by issuing analyst reports to investors encouraging the closure of several merchant nuclear power plants. Their permanent removal from the market will soak up the natural gas glut, push prices up, and restore the value of the loan portfolio.

Good for UBS and the underwater borrowers, bad for environment, bad for consumers.

Energy by the Numbers

Gail Marcus summarizes two recent comparative energy studies at Nuke Power Talk.  One reports on fatalities by energy source, worldwide, and the other, on materials use.  In both, nuclear power proves to rank significantly better than the alternatives.

Bill Gates and Chinese President Xi Jinping met in Seattle to sign an agreement between his nuclear power company, TerraPower, and the China National Nuclear Corporation that will allow the two countries to collaborate on advanced nuclear technologies that address safety, environmental and cost issues, and even burns spent nuclear fuel from old reactors. Hovering over the meeting was climate change, cyber-theft, trade-sanctions and Chinese military aggression in South East Asia.

Japan’s Press accentuates the bad and intentionally ignores the good

Japan’s public deserves to hear the positive about nuclear energy along with the negative. But, Japan’s Press has become so decidedly antinuclear that it seems its one-sided, negative-only reporting will continue unabated.

In September 2015, Ed Kee participated in a brainstorming session at the U.S. Nuclear Energy Institute (NEI). The main topic of this session (and two earlier sessions) was how U.S. merchant nuclear power plants could operate more flexibly in the face of market challenges and a changing electricity industry structure. Some of the ideas discussed in the NEI brainstorming session are covered in this commentary.

Spent fuel storage cask designs often rely on design features to make sure the fuel remains subcritical. When we review a cask design, this is one of the key elements the NRC looks at in detail.

Casks have strong “baskets” to maintain fuel geometry. They also have solid neutron absorbers, typically made of aluminum and boron, between fuel assemblies. The applications that we review must include an analysis of all the elements that contribute to criticality safety. Part of the analysis is a 3-D model that shows how the fuel will act in normal and accident conditions.

Beyond the Sound Bite – Pat McDonald served many years in government in Vermont, appointed to leadership positions under both Democrat and Republican administrations.  She also represented her community as a legislator in the State House for four years.

Early this summer, MacDonald started a community access TV show “Vote for Vermont.” The motto for the show is”Listening Beyond the Sound Bite.”  About two weeks ago, MacDonald interviewed Angwin about energy issues in Vermont.

She always interviews her guests before the show is taped, to be sure she has strong, relevant questions. This week Angwin was on the show.  Because her questions were so strong, the half-hour show flew by quickly.

We need to share this message widely from Michael Shellenberger, president of the Breakthrough Institute. It is vital and desperately needed. The timing is good when so many are looking to the Paris Summit on climate change this December 2015 for answers. It is not the heady intellectual ecomodernist jargon about “decoupling” that was present in the Ecomodernist Manifesto, that would risk losing people. Michael modestly and effectively delivers a great script.

Dan Yurman ~ For breaking nuclear news follow me on Twitter @djysrv or https://www.twitter.com/djysrv ~ About this blog and disclaimers for NeutronBytes Blog ~ https://neutronbytes.com/2014/08/31/welcome-post/ ~ Email me: neutronbytes [at] gmail [dot] com ~ Mobile via Google Voice 216-369-7194 ~ I am not active on Facebook. ~ Header Image Credit: http://apod.nasa.gov/apod/ap110904.html ~ ** Emails sent by readers about blog posts are considered to be comments for publication unless otherwise noted. ** The content of this blog is protected by copyright laws of the U.S. "Fair use" provisions apply. The RSS feed is for personal use only unless otherwise explicitly granted.
View all posts by djysrv →
This entry was posted in Nuclear. Bookmark the permalink.
<span>%d</span> bloggers like this: