MOX plant called out on costs

An NGO opposed to building it has leaked DOE’s red team report to the news media.  The findings in the report cast doubt on whether completing the MOX facility is cost effective compared to alternatives for disposing of 34 tonnes of weapons grade plutonium. 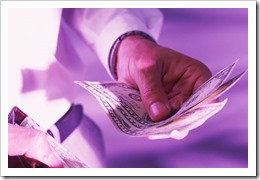 The completion of construction of a factory to convert weapons grade plutonium to mixed oxide fuel (MOX) may be in jeopardy. The Union of Concerned Scientists (UCS) published an unreleased Department of Energy “red team” report which casts doubt on whether costs can be contained in finishing the facility.

The leaked report, posted by UCS on its website, says that burial of the plutonium at the Waste Isolation Pilot Plant (WIPP) is cheaper in the long run than converting it to MOX. The problem with the recommendation is that DOE botched the operation of WIPP with ineffective oversight of the contractors sending low level radioactive waste to be buried there.

A fire in February 2014 in one of the underground waste storage caverns turned out to have been caused by a contractor at the Los Alamos National Laboratory (LANL) disregarding WIPP’s stringent waste acceptance rules. The WIPP facility is now closed with DOE saying that reopening it is in the indefinite future. The cost of eventually getting the plant back online is estimated to be $500 million.

Another technical issue, one disregarded by UCS, is that the facility that would package the surplus plutonium at LANL has been closed due to safety and operational deficiencies. No one at DOE is saying how much it would cost to get it ready to operate again. DOE’s red team, led by a group of experts from the Oak Ridge National Laboratory, thinks the LANL facility might be able to be turned around in two years.

But first the agency has to address a finding by the Defense Nuclear Safety Board about a seismic fault under the plant and criticism that it failed to develop plans to prevent “criticalities” inside the facility which is what happens when fissile material isn’t stored in a configuration that prevents it from reacting with itself.

DOE’s red team was convened by DOE Secretary Ernest Moniz after two consultant reports on future costs for construction and operation of the plant came to divergent conclusions. A report by the Aerospace Corp put the numbers in the stratosphere pegging them at $47 billion. A report by the contractors building the plant, Areva and Chicago Bridge & Iron (CB&I) came in at $27 billion. The red team appears to have split the difference.  So far DOE has spent $4 billion on the plant which is 70% complete.  On a linear extension of that number it suggests a cost complete the plant of just under $6 billion.

The red team report also reportedly contains some alarming numbers including a projection that it will take another 15 years to finish the plant, and three years of testing before production could start. These are findings which are sure to be hotly contested by Areva and CBI.

UCS writes in its press statement that the plant has also accumulated a host of management problems.

The unreleased report describes in detail the “difficult, downward spiraling circumstances” that have plagued the MOX program and contributed to the delays and massive cost overruns at the half-built MOX facility, located at the federal Savannah River Site near Aiken. High staff turnover, the need to replace improperly installed equipment, and an antagonistic relationship between the local federal project director and the contractor are only some of the factors undermining the project. The new report also notes that there are “no obvious silver bullets” to reduce the life-cycle cost of the MOX approach.

Frankly, if the findings are correct, they will make the MOX plant just like every other large capital construction effort DOE has taken on in recent years like the vitrification plant at Hanford. The agency never seems to understand that a GS-14 generalist has no business supervising a multi-billion project. Until DOE learns to monetize the risks of projects like this one, by hiring people who know what they are doing to represent the taxpayer’s interests, there are going to be more controversies like this one.

What has everyone’s socks in a knot aren’t management issues, but rather the cost to operate the plant over its expected 20 year operational lifetime. It is supposed to convert 34 tonnes of plutonium into commercial nuclear fuel assemblies which use the weapons grade material, mixed with uranium oxide, to produce fuel equal to conventional assemblies at about 5% u235. This makes it “high burnup fuel” which some utilities like because it means longer runs between fuel outages and thus more revenue.  UCS intensely dislikes this idea and the benefits that would accrue to US nuclear utilities if they decide to become customers for the MOX fuel.

UCS is opposed to the MOX plant, not because of its nonproliferation mission, but because it would supply fuel, up to a third of the core for some reactors, to operating nuclear reactors. Anything that enhances the US fleet is a big red flag for UCS. Whomever leaked the report to UCS from DOE obviously isn’t interested in seeing the MOX plant completed and put into operation.

DOE’s red team calculates that operating the MOX fuel facility will cost as much as $800 million a year while immobilizing it at WIPP could cost about half that amount on an annual basis. Over 20 years the two cost streams would add up to $16 billion v. $8 billion. Unstated by anyone are the benefits to ratepayers who would see lower electricity costs resulting from utilities burning MOX longer having runs between fuel outages.

The Red Team report gives little credence to the revenue to be derived from the sale of the MOX fuel to utilities estimating it at no more than $1 billion over a 20 year period. The report, in discussing the sale of the MOX fuel, does not address a significant success factor which is that delivery must be reliable to meet outage schedules.

Lost in the finger pointing about costs is the fact that the MOX plant is being built as part of an international agreement with Russia. Despite current tensions with that nation, it is building a similar plant to also dispose of 34 tonnes of weapons grade plutonium by manufacturing MOX fuel from it. This month Russia announced that it is testing MOX fuel with its BN-800 fast reactor. The US has no similar technology being developed at any DOE lab.

The South Carolina congressional delegation is sure to weigh in the report as are their counterparts in New Mexico since both states see jobs and tax revenues coming from whomever eventually captures the job of disposing of the plutonium.  Congress is in recess and won’t return until after Labor Day.  As they say in the opera world, it ain’t over until the fat lady sings and so far she’s still standing in the wings.

7 Responses to MOX plant called out on costs