First, the government has to decide whether it will provide rate guarantees. Second, a subsidiary firm has to be organized to contain the financial risks. 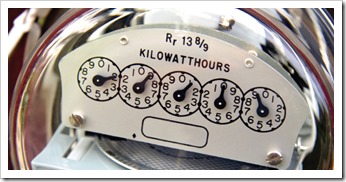 There is no doubt about it the Czech government wants its state-owned nuclear utility CEZ to build more reactors, perhaps has few as two and as many as four. Getting there remains a elusive goal despite a growing demand for electricity from Germany on the Czech republic’s western border. However, the Euro is in a slide towards 1:1 parity with the dollar due to a continuing recession in Europe which affects regional demand for electricity.

CEZ CEO Daniel Benes told a news magazine in Prague this week the company is evaluating alternatives at Temelin and also at Dukovany for one or more new reactors at each site. However, he cautioned the firm isn’t ready to release a new tender for bids by vendors. One of the reasons is the utility had to withdraw a tender worth $10 billion for two reactors at Temelin when the government refused to provide price supports.

This move came after Rostom and Westinghouse beat their brains out competing for the contract. Plus, French nuclear giant Areva is still smarting from having been unceremoniously tossed out of the bidding for reasons that were never made public other than a general claim by CEZ that the bid was not compliant.

The current government has indicated it is open to the policy of rate guarantees and will debate the pros and cons of a nuclear element to its energy strategy in February. One thing is clear and that is the government does not want to be the primary equity investor.

A document made public on January 16 by the Ministry of Industry and Trade calls for CEZ to put up almost $13 billion for two new reactors one at each site. The energy policy goes on to say that this level of commitment from CEZ, which is 70% state owned, could be the basis for rate guarantees.

For its part, CEZ says it will not proceed with the project without rate floors since it sees a merchant environment as a losing proposition.

One of the strategies that CEZ is considering is to create a wholly owned subsidiary to contain the risk and also allow a technology supplier to take an equity position, up to 49%, in the project. This is the financial model that Chinese firms interested in the project are seeking from CEZ.  Not only are they willing to invest cash, they also want to supply a new 1000 MW PWR design developed for export markets.

The energy ministry is still nervous about the scale and duration of the effort.  New construction of two-to-four nuclear reactors would take from 2018 to 2025 and the units would be in service for at least 60 years.

Energy Minister Jan Mladek told Reuters on January 22 that it is impossible to estimate what rate guarantees would cost over that time horizon. He’d like to push back the start of construction to 2025 to see whether Europe will emerge from its current recession and embark on a path to long term growth. Whether the rest of the government will go along is unknown.

1 Response to Will Czech’s CEZ try again for Temelin tender?