This post represents the latest link in an unbroken chain of more than four years of the weekly summaries of the best of the pro-nuclear blogs. 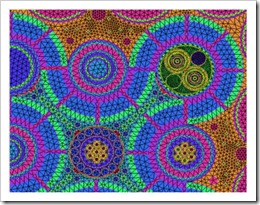 With the recent updated assessment by the IPCC of the outlook for climate change, the leveraging the nuclear energy to mitigate future growth of CO2 emissions comes even more prominently into the public eye.

Want to know what’s going on? Read all about it here. Previous editions of the Carnival have been posted at the blogs cited below and elsewhere.

See the “Blogs We Read” sidebar at the ANS Nuclear Café for a complete list. It is published by the American Nuclear Society. A great site for the industry perspective is the blog and the dynamic blog roll at NEI Nuclear Notes.  For day-to-day breaking news and updates, check out the entries on Twitter list posted on this blog which contains more than 80 pro-nuclear sources.

ThorCon is a packaged nuclear power plant concept from Martingale, Inc. that is designed to wring capital costs out of nuclear plant construction. The company visionaries have recognized that the biggest hurdles to building new actinide-fueled reactors are the initial capital investment along with the excessive required construction lead time.

Instead of complaining that “the market” does not reward carefully crafted works of industrial art designed to last for sixty to one hundred years with lucrative paybacks delayed for three or four decades after final investment decisions, the ThorCon design team started with the notion that product designers must create offerings that satisfy market demands.

The clear trend today is that environmentalist campaigners will work tirelessly to shut down nuclear plants. However, they disregard the economic the impacts of these shutdowns to the communities and to the state.  What’s more, those campaigners by and large these anti-nuclear folks won’t be around to suffer them.

Ohio Energy Matters covers a new NEI report which lays out the positive impacts one of Ohio’s two operating nuclear plants has on the region and compares these with the losses suffered in Vermont where a shutdown has happened.  The stage is set, the choices are clear; what’s left is for Ohioans to decide whether outsiders ought determine their affairs.

Robert Alvarez, a traveling nuclear opponent, wrote a report criticizing Columbia Generating Station’s (CGS) spent fuel management. A November blog post took apart parts of that report. Among other things, Alvarez had never even attempted to ask CGS for any information.  Recently, Alvarez asked for and received some spent fuel information from the plant. In light of that information—the Alvarez report is still wrong.

The blog Yes Vermont Yankee started on January 1, 2010.  The plant went off-line permanently on December 29, 2014. In this post, Meredith Angwin describes how she made the decision to continue the blog past its five-year anniversary. Yes Vermont Yankee has a new scope: “A blog about Northeast energy issues, and in support of nuclear power.”

The blog post this week discusses a report that the fossil industry is trying to flip the argument about carbon dioxide by saying that it is a good thing, as it helps increase crop production to feed a hungry world.  While that may be true, Gail points out that we can’t look at one aspect of anything in isolation, and provides a more balanced perspective.

There is a new design for simple, low cost molten salt reactor that will eventually lead to a low cost thorium nuclear power cycle.

ThorCon requires no new technology. ThorCon is a straightforward scale-up of the successful Molten Salt Reactor Experiment (MSRE). The MSRE is ThorCon’s pilot plant. There is no technical reason why a full-scale 250 MWe prototype cannot be operating within four years.

ThorCon is a simple molten salt reactor. Unlike all current reactors, the fuel is in liquid form. If the reactor overheats for whatever reason, ThorCon will automatically shut itself down, drain the fuel from the primary loop, and passively handle the decay heat. There is no need for any operator intervention. In fact there is nothing the operators can do to prevent the drain and cooling. ThorCon is walkaway safe.

Canadian company Terrestrial Energy is to collaborate with the Oak Ridge National Laboratory (ORNL) to develop its molten salt reactor to the engineering blueprint stage.

Molten salt reactors (MSRs) use fuel dissolved in a molten fluoride or chloride salt. As an MSR fuel salt is a liquid, it functions as both the fuel (producing the heat) and the coolant (transporting the heat away and ultimately to the power plant).

This means that such a reactor could not suffer from a loss of coolant leading to a meltdown. The basic technology is not new – it was first demonstrated at ORNL in the 1960s, where a 7.4 Wt test reactor, the Molten Salt Reactor Experiment (MSRE), operated from 1965 to 1969.

The collaboration with ORNL is expected to enable the IMSR to complete the conceptual design stage – where all design parameters are fully specified to start preparing engineering blueprints – in late 2016.

Dan Yurman ~ For breaking nuclear news follow me on Twitter @djysrv or https://www.twitter.com/djysrv ~ About this blog and disclaimers for NeutronBytes Blog ~ https://neutronbytes.com/2014/08/31/welcome-post/ ~ Email me: neutronbytes [at] gmail [dot] com ~ Mobile via Google Voice 216-369-7194 ~ I am not active on Facebook. ~ Header Image Credit: http://apod.nasa.gov/apod/ap110904.html ~ ** Emails sent by readers about blog posts are considered to be comments for publication unless otherwise noted. ** The content of this blog is protected by copyright laws of the U.S. "Fair use" provisions apply. The RSS feed is for personal use only unless otherwise explicitly granted.
View all posts by djysrv →
This entry was posted in Nuclear. Bookmark the permalink.
%d bloggers like this: