Vermont Yankee shuts down for good 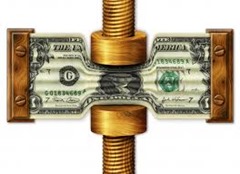 A combination of “wholesale market flaws” and delusional granola politics combined to produce a squeeze play that forced Entergy to cease operations on 12/29/14 at the 602 MW BWR after 42 years of operation.

The plant produced 72% of the electricity generated in the state. However, most of that electricity was sold throughout New England.

Although the NRC had granted the reactor a 20 year extension on its license in 2011, until 2032, Entergy said that the high cost of operation combined with repeated attacks on it from a regulatory angle by the State of Vermont, caused the utility to make the decision last August to close it early.

Anti-nuclear sentiment may have also played a role, but it is questionable whether it was decisive in Entergy’s view. Vermont’s governor, Peter Shumlin, was elected in 2010 on a pledge to shut down the plant when its current license expired. The Vermont Legislature and public opinion were also stacked against the plant. And the business community from granola makers to famous ice cream manufacturers, who’s plants depended on electricity from the reactor, lined up at public meetings to attack it.

In addition, record low prices for natural gas had an impact on the rate at which electricity from the plant could be sold into regional grids.

A translation of the investor language from Entergy is that it couldn’t compete with the low gas prices and there was no way to recover value, or earn revenue, for the firm based on the carbon emission reductions it provided to the region.

Entergy bought Vermont Yankee in 2002 as part of a string of acquisitions that included, Pilgrim, and several other older, smaller reactors, at bargain prices. All the plants would be positioned to serve as cash cows. It appears that Energy closed the reactor because the firm felt it had long since recouped its investment and saw no upside to investing money to keeping the plant running in a market where rates worked against it every day the plant stayed open.

Given these circumstances it is no surprise that, as the New York Times reported in Nov 2010,  Entergy formally announced the plant was up for sale. No buyers ever materialized to offer a deal to acquire the plant.

Another factor was that investors in solar and wind energy, seeking subsidies and customers for their variable power generating technologies, sought to exploit the anti-nuclear chorus as a wedge issue while ignoring the value of the reactor in reducing the region’s CO2 emissions.

Green groups aligned their efforts with firms operating natural gas powered plants to push gas over coal and to exploit the lower prices for gas in deregulated markets. The Conservation Law Foundation (CLF) touted once such arrangement it was a part of with appeals to life style issues.

While CLF’s target was coal, it wasn’t lost on anti-nuclear groups that its efforts also had effects on regional wholesale electricity markets that undercut Vermont Yankee. For the natural gas industry, which competes with nuclear energy and coal for market share, this kind of support from the green community gave them a double bang for the public relations buck.

In a commentary on the closing of the reactor, economist Ed Kee wrote on his web site in a paper titled “Nuclear Lessons from Vermont Yankee Closure” that two factors affect markets for electricity.

This isn’t the first time this point has been made. Platts reported in November 2011 that Exelon CEO John Rowe told reporters at a think tank conference it is “almost inconceivable” that Exelon would consider building a third nuclear power reactor at Constellation Energy’s Calvert Cliffs plant in Maryland. He said the Calvert Cliffs-3 project is “utterly uneconomic.”

“Exelon operates in a merchant environment. We can’t make a long-term decision that’s uneconomic because we have no regulatory protection for that,” he said.

Given recent discoveries of enormous shale gas resources, Rowe said, natural gas prices are expected to remain below $6/MMBtu for the foreseeable future.

Economist Kee noted in his paper that the UK’s Hinkley Point C incentive package is an example of the level and type of support needed for nuclear power plant investments in electricity markets to achieve profits and be protected from the volatility of pricing of other fuel types and corresponding electricity rates for them.

When complete in the early 2020s, Hinkley Point will consist of over 3200 MW of power from two Areva EPRs and supply the UK with 13% of its electricity.

Other Reactors Are Also Closed

Vermont Yankee is just the latest in a series of closures. In the past few years six reactors have shut down for a variety of reasons.

Readers interested in the near-term declining prospects for nuclear energy in the U.S. are referred to an interesting article published by National Geographic Magazine on its website this month. It quotes now former NRC Chairman Allison Macfarlane who said the agency may have to shift resources from licensing reactors to overseeing the safety of the decommissioning efforts.

So far the Obama Administration, which energetically touts its climate change policies, has done little to address the loss of reactors from the U.S. fleet.  The Department of Energy recently released a loan guarantee program which could support up to $12 billion in investments, but it does nothing to address the problems that are faced by capital investments in nuclear plants in deregulated states.

Ed Kee has some ideas about “rescuing” merchant power plants in the U.S.. In a paper published in the Electricity Journal in April 2014, and jointly authored with Elise N. Zoli, a legal expert on energy policy, the authors say that “a program that leverages incremental electricity pricing support through contracts the difference can avoid the needless early retirement of vital assets.”

The authors lay out the economic and legal justification for government intervention and how the mechanisms they propose would work in this country to support new investment in nuclear energy in merchant markets. Maybe the Obama Administration’s energy policy advisers would benefit from reading the advice by Kee and Zoli?

The closure of Vermont Yankee is a good example of what I call “nuclear colonialism” except it is in reverse.  For instance, California is perfectly happy to close its reactors, but OK to get power from Palo Verde in Arizona or from a proposed 3 Gwe plant in Utah.

Now comes Vermont which ditches a perfectly good reactor to satisfy lifestyle yearnings of delusional greens, but is OK to get nuclear power from reactors in neighboring states or Canada.

The same thing is happening in Europe. Germany closes half its nuclear fleet, but is OK with development of up to four new reactors in the Czech Republic (2 at Temelin), (1 at Dukovany), and Slovenia (1) which CEZ, the state owned utility, will sell power to Germany.  Only rapidly anti-nuclear Austria gets its but all they can do is make noise.

People are happy to celebrate a “not in my backyard” victory and then practice hypocrisy of flipping a light switch powered by the same nuclear technology coming from a plant just across the state line.

Dan Yurman ~ The Twitter feed is a hiatus due to the turmoil on that platform. The news feed of nuclear energy headlines can be found on Mastodon at: https://techhub.social/@neutronbytes ~ About this blog and disclaimers for NeutronBytes ~ ~ https://neutronbytes.com/2014/08/31/welcome-post/ Contact Me ~ neutronbytes [at] gmail [dot] com ~ Text via Signal 216-218-3823 ~ I am NOT active on Facebook, Reddit or Instagram. Attempt no landings there. ** Header Image Credit: http://apod.nasa.gov/apod/ap110904.html ~ ** Emails sent by readers about blog posts are considered to be comments for publication unless otherwise noted. ** The content of this blog is protected by copyright laws of the U.S. "Fair use" provisions apply. The RSS feed is for personal use only unless otherwise explicitly granted.
View all posts by djysrv →
This entry was posted in Nuclear, Vermont Yankee. Bookmark the permalink.
%d bloggers like this: