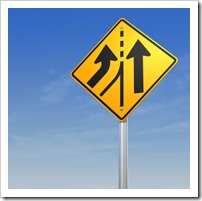 In a state-owned environment like China’s, mergers are not made in heaven. They are worked out over desks in a bland bureaucracy in Beijing. The future of the China National Nuclear Corp. (CNNC) and the China General  Nuclear Power Corp. (CGN) is being driven by the fact that both firms are now joined at the hip by the Hualong I (ACP1000) nuclear reactor. The PWR design passed its safety certification last September.

The central government wants the two firm to stop competing, which it considers to be a “ridiculous” duplication of effort, and get on with the business of building the Gen III design domestically and promoting it for exports.

CGN also completed a $3.2 billion IPO last week which means a combined firm would have working capital to pursue its goals. The first Hualong I reactors are expected to be approved for construction in Fuqing.

The merged firm also may develop a plan to pitch the Hualong I to Romania which has inked a deal to get two reactors from China. However, that country already has two Candu-6 reactors and may prefer two more since it would reduce operating costs to have all four units the same design. If that turned out to be the case, SNC Lavalin would be the reactor vendor and the Chinese firms would provide financing, which Romania does not have, and possibly serve as the EPC firm for the project.

China’s National Energy Administration (NEA) has announced an ambitious plan to build 101 nuclear reactors in the next 15 years.  Of that amount, just over half are expected to be completed by 2020 and include some of the 16 GEN II units already under construction.

Few outside analysts believe it is logistically possible for China to meet these goals. Supply chain issues will create bottlenecks.

Perhaps the most daunting challenge is whether the nation’s nuclear safety and regulatory structure can keep up with the actual pace of construction which is still likely to be one of the most aggressive on the planet.

According to a report by the Reuters wire service for 12/3/14, Liu Baohua, who heads the NEA, said that improvements are needed in China’s nuclear safety efforts for his agency’s plans to succeed.

Baohua said that the government must train safety engineers and prove to the public all of the new reactors will be safe.  A wreck in 2011 on the government built high speed rail line at Wenzhou has called into question whether corruption and cover-ups of shoddy construction associated with the accident might also be problems that affect the nation’s nuclear reactor new build.

The Economist newspaper in a unsigned analysis titled “Make Haste Slowly” said the “headlong rush into nuclear power is more dangerous and less necessary than the government admits.”

The news magazine characterized China’s nuclear safety regulatory environment as “politicized, opaque, and unaccountable.” It called the situation “dangerous” and cited a report by a French nuclear safety regulation expert visiting China who said his counterparts there are “overwhelmed” by the size of the new build.

The Economist does have a point about China’s near-term ability to conduct regulatory oversight and safety inspection and enforcement in this environment. It must make major investments in staffing, training, and, most importantly, figure out how to establish independent and transparent regulation of its nuclear industry.

Where the Economist’s analysis misses the bigger picture, it refers to “several competing designs” domestically. It is more complicated than that.

The future of domestic construction approvals is tied to CGN’s ACP1000, also known as the Hualong One, a GEN III design, which is now the official “indigenous” reactor for new construction having been selected by the NEA over CNNC’s ACPR1000. The differences between the two reactors are in the design of the fuel assemblies and in the types of components in their respective supply chains.

According to the World Nuclear Association, the Hualong One thus has 177 fuel assemblies 3.66 m long, and an 18-24 month refuelling interval. It is a PWR with three coolant loops delivering 3150 MWt, 1150 MWe, double containment and active safety systems with some passive elements, and a 60-year design life.

China jumps into the action in South Africa

During a state visit to Beijing, South Africa’s President Jacob Zuma signed a batch of agreements in principle for procurement, construction, training, and financing of nuclear reactors in his country. The Chinese entities involve CGN, SNPTC, two banks, and two universities.

The South African government is seeking a complete package from either one or a combination of sources to build 9600 MW of nuclear electric power generating capacity.  Depending on who’s pricing analysis you accept, the reactors alone will cost between $5000 (Rosatom) and $6500/Kw (Eskom) or between $48 billion and $62.4 billion.  Adding in balance of plant equipment and power line infrastructure, and the total price tag heads north to between $65 billion and $84 billion.

Given that the intended power purchase firm is state-owned Eskom, which is perpetually broke due to government resistance to rate increases, the entire exercise seems implausible at this scale.

Zuma has been roasted by the South African news media after Rosatom jumped the gun announcing their agreement for $50 billion worth of reactor construction was a done deal.  The government has since backpedaled saying all agreements are in principle and that a structured procurement process with formal tender would follow.

Almost no one believes that as long as Zuma is in power that anything remotely resembling an orderly procurement process is likely to take place.

Zuma’s African National Congress party took 66% of the popular vote in the 2014 elections and won 62% of the seats in the National Assembly. It is unlikely his overwhelming domestic election mandate will be impacted by the way he treats foreign vendors.

Years of under investment in Eskom, combined with unaffordable socialist type policies restricting rate increases to pay for new energy infrastructure, have left the nation with periodic brownouts and losses relative to GDP growth.

What matters to his constituents, including the heavy manufacturing and mining sectors, is that the government provide reliable power at an affordable price. Efforts to build a giant coal fired facility has been bogged down by construction delays and cost over runs. Can nuclear do better? It all depends on who gets the contracts and who provides the financing.

Fluor Corp. (NYSE:FLR) will partner with China National Nuclear Corp. on nuclear projects in the UK and China according to a report in the Dallas Business Journal for 12/04/14.

CNNC is expected to be an investor, along with CGN, in EDF’s Hinkley Point new build which involves two Areva 1600 MW EPRs. The two Chinese firms are expected to take a 30-40% equity share in the project and also provide EPC type services to the project.

Fluor is a also major investor in NuScale, an Oregon based developer of small modular reactors. However, Mike McGough, the Chief Commercial Officer of the firm, told this blog in a telephone call this week that NuScale is not at this time aware of any plans by Fluor to involve the SMR company in Chinese or UK nuclear projects.