The outlook for the future of nuclear energy in Europe depends on what country you are in, and sometimes, which government is in power. 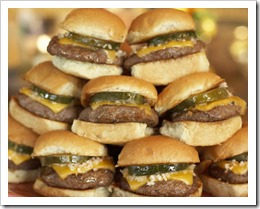 It is hard to blame nuclear reactor vendors for being both bullish and skeptical about the prospects for new reactors in Europe.

While the UK has uncorked a viable future for its new build, starting with the Hinkley project’s dual Areva EPRs, on the continent the outlook is composed of so many variables that it resembles a weather forecast of “partly cloudy with a chance of cheeseburgers.” Here’s the latest summaries from the financial wires.

According to English language news media in Prague, five reactor vendors have expressed interest in building new nuclear reactors at the Temelin and Dukovany power stations. The Czech government is trying to find a way to finance at least two new reactors, at least one at each site. The firms expressing interest include the three previous bidders: Areva, Rosatom, and Westinghouse; plus, Korea Electric Power Corp. and an unnamed Chinese state owned nuclear company.

The problem is that the prior government refused to offer rate guarantees. Predictably, the government found itself with no financing plan and no bidders. Czech state owned nuclear utility CEZ had to cancel the $15 billion tender. Also, unrelated public corruption scandals sidelined government officials who were pushing the projects.

This time Industry and Trade Minister Jan Mladek says that a financing plan will include offering reactor vendors equity stakes in the project. While he was silent on the issue of rate guarantees, unless the government climbs down from its post turtle position (video) against them, it will wind up in exactly the same place as it was last Spring.

CEZ also has a political problem in that some in the government, and the public, are not keen on letting Rosatom have the business.  Yet, the Russians may be the only vendor capable of taking a major equity stake in the estimated $15 billion in new construction.

CEZ is going to have to kiss and make up with Areva having unceremoniously kicked the French state owned nuclear giant out of a previous round of bidding without a credible public explanation.

And Westinghouse is probably not thrilled about the prospect of another round of Lucy & Charlie Brown with the football (video) which wastes boatloads of bid and proposal money that could be used to produce real business elsewhere.

A spokesman for  the gulf energy producer told the Telegraph (UK) on 11/28 that it is interested in taking an equity stake in the UK’s Hinkley Point nuclear new build which will deploy two Areva 1600 MW EPRs.

Speaking to the newspaper at the OPEC meeting in Vienna, Mohammed bin Saleh Al-Sada, Qatar’s energy minister, noted that his country provides a significant portion of the UK natural liquefied natural gas. His unspoken message is that as the UK shifts from fossil to nuclear power, it wants a piece of the action.

Hinkley has attracted numerous other potential investors due to the UK government’s guarantee of rates for power generated by the twin reactors once they enter revenue service. They include two Chinese state owned nuclear firms (30-40% and Saudi Electric (15%).

The Bloomberg wire service reported for 11/27/14 that Turkey’s second nuclear power station, to be located at Sinop on the Black Sea, will get $5 billion in financing from the Japan Bank for International Cooperation. The total cost of the project, composed of four 1100 MW Atmea-1 reactors from Mitsubishi, is expect to be about $20 billion.

Mitsubishi and Areva, which jointly developed the reactor design, signed an agreement to supply them to the power station.  Turkey’s state power utility Elektrik Uretim will have a 49% equity stake in the project.

The majority equity stake will be shared by Mitsubishi, Itochu Corp, a Japanese conglomerate, and GDF Suez, which will serve as the EPC to build the power station.  Areva, which has been experiencing financial problems, is not listed as an equity investor in the Sinop build.

Financial analysts told the Bloomberg wire service the loan comes, in part, due to increased lender confidence in Turkey’s ability to raise the financial resources for the project. Yet, they also point out that the first-of-a-kind build for this reactor, and its size in terms of financing, creates some uncertainties balanced by the 49% participating of Turkey’s state owned utility that will also be the customer for the power.

A key finance committee in the Finnish Parliament has voted 14-2 to approve the construction of a new nuclear power plant at Pyhajoki.  Rosatom will build the plant supplying the Russian VVER light water reactor. The firm will have a 34% equity stake in the project. The majority of the financing will come from European Union investors.

Greens voted against the project, but have decreasing influence having pulled out of the governing coalition.  Green Party leader Ville Niinisto told Finnish media the country should not allow Rosatom to build the reactors because of Russian incursions in the Ukraine.

The Reuters wire service reported 11/28/14 that Sweden’s Vattnafall was ordered by the government to drop plans to build new nuclear reactors. The new government, which includes the Green Party in the ruling coalition, has halted development of options to replace the country’s oldest reactors. However, Prime Minister Stefan Lofven and his Social Democrats don’t agree with the Greens.

The strategy of the Green Partry, which doesn’t have the parliamentary votes to close the nation’s reactors by policy, has adopted an administrative plan that includes boosting taxes and imposing new regulatory burdens that would force utilities to close them.

Vattenfall isn’t entirely convinced the government’s order is the last word on new reactors. Company spokesperson Magnus Kryssare told Reuters the company will stop engineering work, but will continue its dialog with the government to replace one or two of the nation’s oldest reactors.  Ringhals Units 1 & 2 are expected to need to be decommissioned in about 10 years.

Dan Yurman ~ For breaking nuclear news follow me on Twitter @djysrv or https://www.twitter.com/djysrv ~ About this blog and disclaimers for NeutronBytes Blog ~ https://neutronbytes.com/2014/08/31/welcome-post/ ~ Email me: neutronbytes [at] gmail [dot] com ~ Mobile via Google Voice 216-369-7194 ~ I am not active on Facebook. ~ Header Image Credit: http://apod.nasa.gov/apod/ap110904.html ~ ** Emails sent by readers about blog posts are considered to be comments for publication unless otherwise noted. ** The content of this blog is protected by copyright laws of the U.S. "Fair use" provisions apply. The RSS feed is for personal use only unless otherwise explicitly granted.
View all posts by djysrv →
This entry was posted in Hinkley Point, Nuclear, Sweden, temelin, Turkey. Bookmark the permalink.
%d bloggers like this: