No confidence in waste rule 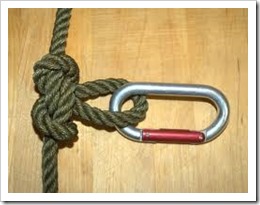 Three northeast states – NY, CT, and VT – have sued the NRC challenging that agency’s final rule on storage of spent nuclear fuel. They call it a loophole which has allowed the NRC to resume decision making for reactor licenses.

The agency decision in September allows nuclear utilities to store spent nuclear fuel at their respective reactor sites in the absence of a national geologic repository like Yucca Mountain. The new rule provides for storage of spent fuel at operating reactors for up to 60 years.

What is called the “waste confidence rule” is the NRC’s response to a DC US Court of Appeals ruling in 2012 that overturned an earlier version of the same rule.

By issuing the new waste confidence rule, the NRC ended a two-year long suspension of new reactor licenses and the extension of existing licenses by 20 years. Green groups, which had challenged some of these license extensions, were particularly incensed by the decision to extend the licenses by 20 years of the dual units at Exelon’s Limerick facility near Philadelphia, PA.  Green groups are also challenging license extensions at First Energy’s Davis-Besse plant near Toledo, OH, and Ameren’s Callaway reactor outside of St. Louis, MO.

In New York newly-re-elected Governor Andrew Cuomo is continuing his efforts to deny a water quality permit to the dual reactors at Indian Point which represent 2200 MW of  power that is critical for the operation of the region’s electrified railroads and subway system. The permit is a requirement for the NRC to extend the licenses of the two reactors for another 20 years.

The three states, through their respective state attorney generals, are challenging the new NRC rule that it is inconsistent with the National Environmental Policy Act (NEPA). This is the same basis for the prior court decision.

The lawsuit is the second action to address the issue. In September a coalition of 17 environmental groups filed a petition with the NRC to suspend licensing actions and threatened to file a lawsuit if the NRC denied it.

The groups claim that the permit, issued in 2006, has not been properly evaluated for harm to migrating salmon along the Columbia River.

The National Marine Fisheries Service is reported to have objected to the permit, but was over ruled at the time by the State of Washington Energy Facility Site Evaluation Council.

In a response to the lawsuit, Energy Northwest posted on its blog a refutation of the environmental group’s claims. The utility said the lawsuit was not based on science and ignored more than 4,000 pages of documentation filed by the utility to obtain the water quality permit. The utility also cited measurements from water quality sampling which showed it was in compliance for all potential contaminants.

As far as harm to salmon is concerned, the utility cited a 1985 that studied the monitoring program looked at both impingement and entrainment between April and September. No juvenile salmon were found to be affected. This monitoring program was undertaken with study-plan review by the National Marine Fisheries Service. This is the same agency that later objected to the permit.

Dan Yurman ~ For breaking nuclear news follow me on Twitter @djysrv or https://www.twitter.com/djysrv ~ About this blog and disclaimers for NeutronBytes Blog ~ https://neutronbytes.com/2014/08/31/welcome-post/ ~ Email me: neutronbytes [at] gmail [dot] com ~ Mobile via Google Voice 216-369-7194 ~ I am NOT active on Facebook, Reddit or Instagram. Attempt no landings there. Header Image Credit: http://apod.nasa.gov/apod/ap110904.html ~ ** Emails sent by readers about blog posts are considered to be comments for publication unless otherwise noted. ** The content of this blog is protected by copyright laws of the U.S. "Fair use" provisions apply. The RSS feed is for personal use only unless otherwise explicitly granted.
View all posts by djysrv →
This entry was posted in Nuclear, waste confidence rule, water quality permit. Bookmark the permalink.
%d bloggers like this: