UN panel warns some aspects of climate change may be irreversible 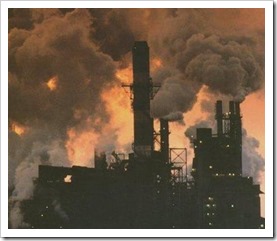 The Washington Post reports that an international panel of climate scientists warned (report) that the earth is “locked in an irreversible course of climatic disruption from the buildup of greenhouse gases.”

The newspaper said that the report emphasizes that the impacts of climate change will only get worse unless nations agree to dramatic cuts in soaring levels of CO2 and other greenhouse gases.

In its coverage the New York Times reports that “the risks of climate change are so profound that they could stall or even reverse generations or progress against poverty and hunger.”

In its summary, the Reuters wire service wrote, “Governments can keep climate change in check at manageable costs but will have to cut greenhouse gas emissions to zero by 2100 to limit risks of irreversible damage. “

According to Reuters, the 40-page synthesis, sums up 5,000 pages of work by 800 scientists already published since September 2013. It said global warming was now causing more heat extremes, downpours, acidifying the oceans and is pushing up sea levels.

Overall, The IPCC report expresses with greater certainty (press release) than in previous assessments the fact that emissions of greenhouse gases and other anthropogenic drivers have been the dominant cause of observed warming since the mid-20th century.

An overwhelming majority of Americans believes the United States must take advantage of all low-carbon electricity sources, and a plurality identifies nuclear energy as the leading source of carbon-free power, a new national public opinion poll shows.

Eighty-two percent of those surveyed agree (51 percent strongly so) with the statement, “We should take advantage of all low-carbon energy sources, including nuclear, hydro and renewable energy, to produce the electricity we need while limiting greenhouse gas emissions.” Carbon dioxide is the leading greenhouse gas linked to the threat of global climate change.

When given a list of low-carbon energy sources and asked which ones provide the most electricity in the United States, 33 percent of those surveyed put nuclear at the top of the list followed by hydropower (30 percent), solar (15 percent), wind (9 percent) and geothermal (5 percent).

“Americans recognize nuclear energy’s leading role as a low-carbon emitting source of electricity that is affordable and reliable, an attractive combination to the consumer,” said Ann Bisconti, president of Bisconti Research Inc.

Bisconti’s firm, along with Quest Global Research, conducted the survey for the Nuclear Energy Institute from Sept. 18 to Oct. 4. In fact, 75 percent said nuclear energy will be “very important” or “somewhat important” in meeting America’s future electricity needs.

Looking ahead 15 years at which low-carbon sources will provide the most electricity, respondents said nuclear energy will lead the way with 32 percent followed by solar (29 percent), wind (16 percent), hydropower (12 percent) and geothermal (7 percent).

The nationally representative survey of U.S. adults interviewed by landline and cell phone has a margin of error of plus or minus three percentage points.

In general, in considering the electric sector as a whole, 95 percent of those surveyed said it is important to maintain a diversity of energy sources; 78 percent believe that energy diversity is “very” important.

Other key measures include:

Dan Yurman ~ For breaking nuclear news follow me on Twitter @djysrv or https://www.twitter.com/djysrv ~ About this blog and disclaimers for NeutronBytes Blog ~ https://neutronbytes.com/2014/08/31/welcome-post/ ~ Email me: neutronbytes [at] gmail [dot] com ~ Mobile via Google Voice 216-369-7194 ~ I am not active on Facebook. ~ Header Image Credit: http://apod.nasa.gov/apod/ap110904.html ~ ** Emails sent by readers about blog posts are considered to be comments for publication unless otherwise noted. ** The content of this blog is protected by copyright laws of the U.S. "Fair use" provisions apply. The RSS feed is for personal use only unless otherwise explicitly granted.
View all posts by djysrv →
This entry was posted in climate change, Nuclear. Bookmark the permalink.
<span>%d</span> bloggers like this: