In the latest in a series of international developments that seek to use regulatory powers to achieve what popular votes cannot, a determined minority within the Swiss government has put forward a proposal to the IAEA that generated political heat equivalent to the steam temperature at the top of a Boiling Water Reactor (BWR) (image below).

At the heart of the controversy is a European Union set of proposed rules, driven by the Swiss initiative, to put in place new stringent safety measures for operation of reactors and for mitigation measures in the event of an accident. The IAEA group is expected to meet in mid-February to vote on the Swiss measures.

Representatives from Switzerland’s government met on October 23 with their counterparts at the International Atomic Energy Agency (IAEA) center in Vienna, Austria. The Swiss want an extensive catalog of technical changes applied to all new and existing reactors. Opposition quickly formed with the U.S. leading the way with a diplomatic equivalent of “what is it you don’t understand about ‘no’.” 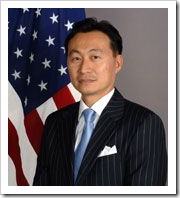 A senior official from the U.S. State Department, Eliot Kang, the Deputy Assistant Secretary for Nuclear Affairs, (right) is reported to have told the Reuters wire service that the “amendment will not work. It will be divisive,” and he said it would distract the IAEA from making real progress on nuclear safety.

Kang is also reported to have also said about the proposal: “You are trying to drop a Ferrari engine into a Volkswagen. If you want a new car, let’s go to the show room” and buy one.”

According to French and U.S. representatives attending the IAEA meeting, and speaking on background to Reuters, the French government has spent $13 billion in post-Fukushima upgrades to safety at the nation’s 59 reactors.  The U.S. has spent more than $3 billion on post accident mitigation measures.

The 77 nation group, which is composed of nations that have commercial nuclear power stations, was formed after the Chernobyl disaster in 1986. It has had a rocky existence and things heated up recently as a result of a report by the Bloomberg wire service that laid bare issues involving secrecy of the group’s proceedings and allegations of false safety inspection reports by Japan.

Because there is no international treaty mechanism that requires all nations belonging to the IAEA body to meet the new standards, the Convention has kept its proceedings behind closed doors to preserve the prerogatives of national sovereignty. The theory is diplomatic differences aired behind closed doors could lead to embarrassments if made public. Nations that lag behind others in upgrading nuclear safety risk criticism of their nuclear plants at home.

The Bloomberg wire service also revealed that in 2008 the IAEA group went on the record as being critical of Japan for a slow response in overhauling a safety reporting system that used “falsified inspection data.” According to Bloomberg, this is the first time this information has been made public. 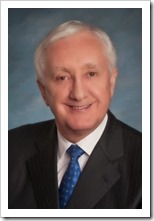 While a diplomatic tug of war was taking place in Vienna, in the U.S., Dale Klein, the former Chairman of the NRC, (right) wrote in an online essay that these differences shouldn’t alter shared goals on international nuclear safety. Klein pointed out that the U.S. has been robust in its response to Fukushima.

“Each U.S. plant site is procuring additional equipment such as portable pumps and generators to perform key safety functions if off-site electrical supplies and several backup power sources for permanently installed safety systems are lost due to natural and/or manmade causes. Key actions also include improved training of plant personnel and off-site emergency plans to respond safely to extreme events. In the event that additional back-up equipment is needed, the U.S. industry has put in place two national response centers which can supply this equipment to any nuclear plant site in the U.S. within 24 hours.”

During his tenure as NRC Chaiman Klein devoted a lot of time to helping other nations develop stronger nuclear safety programs. However, he hasn’t been reluctant to also be critical where he sees an effort fall short.

In 2013 he told TEPCO and representatives of the Japanese government that they didn’t have an effective plan (video) for dealing with millions of gallons of radioactive water at the Fukushima site.

Klein closed his essay at the NEI blog by noting that “there are many methods for ensuring safety  . . . the U.S. and European community share a common goal: protection of the public and the environment.”

What do the Swiss want?

What’s interesting about the Swiss proposal is the status of nuclear energy in that country. According to the World Nuclear Organization, Switzerland has 5 nuclear reactors generating 40% of its electricity. WNA also reported that “in June 2011 parliament resolved not to replace any reactors, and hence to phase out nuclear power by 2034, despite continuing strong public support for nuclear power.”

Is the Swiss proposal even credible?  It seems from the perspective of this blogger that with its combined attacks on both current and legacy reactor designs, that its main purpose is to attempt to put the nuclear industry out of business.

It isn’t a good faith proposal, and seems more delusional than anything else. It makes sense, as strange as it may seem, that the U.S. and Russia would find common ground to oppose it. The U.S. has the biggest fleet of operating reactors and Russia exports more of them than anyone else.

Elsewhere in Europe Green groups have had varying degrees of success in pursuit of the same outcome.

In Germany, half of the nation’s nuclear reactors were shut down with the result of significant increases in the use of coal and natural gas to generate electricity.

In France President Hollande, in a bid to stay in power, has added the greens to his wildly unpopular government and promised them a 25% reduction in France’s reliance on nuclear energy. Whether they’ll get it depends on Segolene Royal, the energy minister who is also the mother of Hollande’s four children. That said, Royal hasn’t been enthusiastic about the plan to close nuclear plants.

In Sweden green groups, which form a minority party in the government, are seeking tax increases to put that nation’s fleet of 10 reactors out of business.

In Finland, green groups have halted, for now, their attack on a proposal to build a new Russian supplied 1000 MW reactor.

What none of these green groups seem to grasp is that modern industrial civilization is not going to fold up and blow away in the next strong wind just because they succeed in shutting down nuclear reactors.

The power has to come from somewhere, and the replacement generating capacity will come from fossil fuels since renewables cannot meet base load demand.

European Union political leaders need to recognize that if green groups have their way, the continent will be turned into a ‘back-to-nature’ petting zoo with all of the radical changes in quality of life that will come with that vision.

Europe is headed into another economic downturn as it is, and losing the current and future nuclear reactors that will generate the electricity needed for economic growth isn’t a smart move.

Dan Yurman ~ The Twitter feed is a hiatus due to the turmoil on that platform. The news feed of nuclear energy headlines can be found on Mastodon at: https://techhub.social/@neutronbytes ~ About this blog and disclaimers for NeutronBytes ~ ~ https://neutronbytes.com/2014/08/31/welcome-post/ Contact Me ~ neutronbytes [at] gmail [dot] com ~ Text via Signal 216-218-3823 ~ I am NOT active on Facebook, Reddit or Instagram. Attempt no landings there. ** Header Image Credit: http://apod.nasa.gov/apod/ap110904.html ~ ** Emails sent by readers about blog posts are considered to be comments for publication unless otherwise noted. ** The content of this blog is protected by copyright laws of the U.S. "Fair use" provisions apply. The RSS feed is for personal use only unless otherwise explicitly granted.
View all posts by djysrv →
This entry was posted in Convention on Nuclear Safety, Nuclear, Switzerland. Bookmark the permalink.