Things that go bump in the night in Idaho

Just in time for Halloween, the fate of a government nuclear energy R&D center appears to tremble on the precipice of change or does it? Only the New York Times knows for sure.

Readers of this blog will note that the Department of Energy, without so much as a Federal Register notice, has, based on a single quote to the New York Times, moved the majestic Idaho National Laboratory from its historical roots on the Idaho Arco Desert some 250 miles north of Salt Lake City to the foothills of Denver, Colorado.

Idaho Falls Mayor Tommy Tumlin expressed surprise telling the the Associated Press in Boise, “we didn’t know it was missing until the buses taking workers to the site this morning came back into town fully loaded.”

“The department has begun a review of how it packages plutonium wastes at Los Alamos and its laboratories at Idaho Springs, Colo., and Oak Ridge, Tenn., said Frank Marcinowski, the deputy assistant secretary for waste management.” 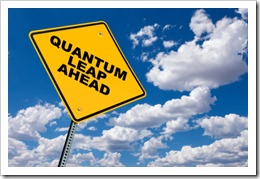 The Department of Energy, which has never been known to do anything quietly, appears to have taken a quantum leap into organizational excellence by spiriting the entire 980 square mile facility virtually overnight to a small town in the foothills of Denver.

Mr.  Marcinowski, who at best as a DAS, is the equivalent of a Major in the Air Force, seems to have unsuspected powers that far exceed his station in the Forrestal Building.

So what is the effect of the move?

According to the Colorado Department of Commerce, Idaho Springs, Colo., consists of a gas station & convenience store, a snow plow for hire, and two stray dogs.

Hermits, hippies, and hipsters living in the foothills area west of Denver were also taken by surprise by the move, and told Denver TV station KTVB they are not happy about having a nuclear energy facility impinging on their organic greenhouses.

Said one, “This move will hurt my marijuana crop since no one wants weed that glows all on its own.”

Back in Idaho Gov “Butch” Otter was quick to make the most of the situation. He crowed triumphantly, “We finally got the U.S. Navy’s spent fuel out of the state,”and added that the 2035 deadline had been met, under his watch, two decades ahead of schedule.

However, U.S. Rep. Mike Simpson (R-ID), in whose district the lab used to reside, is a very unhappy camper. Here are all these voters whose paychecks rely on his seat on the House Appropriations Committee, and every one of them has been kidnapped in the dead of night spirited off by government goblins to another congressman’s district, and in another state no less.

An aide to Simpson told the Idaho Falls Post Register there is no point appealing to the President. He’s got Ebola hysteria and multiple wars in the Mideast to worry about.  And just today that nurse, who managed to break free of incarceration in a porta potty by New Jersey Gov Chris Christie, has gone for a bicycle ride defying the authorities in Maine over their efforts to keep her in quarantine.

“It’s obvious,” the aide said, “nothing and nobody stays put anymore like they’re supposed to.”

While there is no joy in Mudwille, at least the New York Times finally corrected its typo, after two tries. The first time it corrected the sentence to read that the Idaho lab was in Idaho Springs, ID, and then on the second round, got the state right as well. Here it is.

Correction: October 30, 2014
An earlier version of this article misstated the location of a laboratory under review for its packaging of plutonium wastes. It is in Idaho Falls, Idaho, not Idaho Springs, Colo.

All of this carrying on about the Idaho lab prompted a serious inquiry from NNSA at DOE which wanted to know if this blog knew something it didn’t, to wit, that the government was moving all of its spent fuel, as well as the lab as a package deal,  from eastern Idaho to the foothills of the Rocky Mountains just west of Denver.  Since I am well aware that government bureaucrats have little or no tolerance for satire, I did not answer the email.

I am told that things have calmed down along Independence Ave. in DC.  Mr. Marcinowski, the DAS, is reported by an unreliable source to have said that despite all the excitement promulgated in his name, that he is keeping his subscription for home delivery of the New York Times.

The workers at the Idaho lab are sleeping peacefully tonight. They know that the buses will carry them, as they always have, to the place of work tomorrow morning just a crow’s flight from Idaho Falls, ID.

Dan Yurman ~ The Twitter feed is a hiatus due to the turmoil on that platform. The news feed of nuclear energy headlines can be found on Mastodon at: https://techhub.social/@neutronbytes ~ About this blog and disclaimers for NeutronBytes ~ ~ https://neutronbytes.com/2014/08/31/welcome-post/ Contact Me ~ neutronbytes [at] gmail [dot] com ~ Text via Signal 216-218-3823 ~ I am NOT active on Facebook, Reddit or Instagram. Attempt no landings there. ** Header Image Credit: http://apod.nasa.gov/apod/ap110904.html ~ ** Emails sent by readers about blog posts are considered to be comments for publication unless otherwise noted. ** The content of this blog is protected by copyright laws of the U.S. "Fair use" provisions apply. The RSS feed is for personal use only unless otherwise explicitly granted.
View all posts by djysrv →
This entry was posted in Idaho National Laboratory, New York Times, Nuclear. Bookmark the permalink.